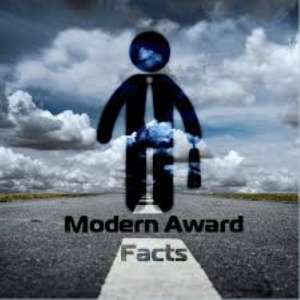 A failure by an employer to comply with the consultation obligations provided for by an applicable modern award or enterprise agreement will render a termination of employment by way of redundancy a potential unfair dismissal, since by definition it cannot constitute a “genuine redundancy” which is a complete jurisdictional defence to an unfair claim. However if there is a termination of employment on the grounds of the redundancy of a position, but the employer does not comply with an obligation to consult, does it automatically follow that it is an unfair dismissal? The answer is probably.

In Gosling v Marine Manning Services Pty ltd (2018) FWC 25 delivered 8 January 2018 per Binet DP the Fair Work Commission held as fact that the employer had not complied with the consultation obligations of the applicable enterprise agreement, but nonetheless recognized that the termination of employment was caused by a legitimate redundancy in the sense that the employee’s positon had become redundant due to operation change.

The Commission went on to consider the specific matters addressed by sec 387 and ion relation to the last, “any other matter that the Commission considers relevant” that  Section 387(h) provides the Commission with a broad scope to consider any other matters it considers relevant. I have given consideration to the failure by MMS to meet the requirements for a genuine redundancy for the purposes of section 389 of the FW Act, in particular MMS’s failure to discharge the consultation obligations contained in the Agreement. 32 In the circumstances, I consider the failure by MMS to consult with Mr Gosling in accordance with the terms of the enterprise specific agreement was unreasonable.

The consultation obligations were contained in an enterprise agreement of a small enterprise. The Agreement is relatively short and is written in plain English. Given the lack of human resource expertise, it is likely that those with the oversight of the redundancy process also had oversight of the negotiation of the Agreement and if not could have easily familiarised themselves with its terms. To simply ignore the agreed terms of an enterprise agreement without consequence squanders the concessions made to acquire those entitlements and protections, and makes those entitlements and protections illusory.

In the circumstances, I consider the failure by MMS to consult with Mr Gracie in accordance with the terms of the enterprise specific agreement was unreasonable.

Having considered each of the matters specified in section 387, notwithstanding that there were valid reasons for his dismissal, I am satisfied that the failure by MMS to consult with Mr Gosling caused the dismissal of Mr Gosling to be unreasonable. Accordingly, I find Mr Gosling’s dismissal was unfair.”

One wonders what the positon would have been if the Commission had not deemed the employer to know about the obligation in the enterprise agreement.