Failure to consult may or may not render redundancy dismissal unfair 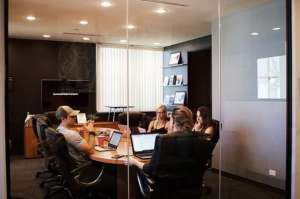 Although the Fair Work Act requires an employer which is seeking to rely upon the jurisdictional defence to an unfair dismissal case of “genuine redundancy” to satisfy the Commission that it has complied with “any obligation in a modern award or enterprise agreement that applied to the employment to consult about the redundancy (sec 389) it is nonetheless open to the Commission to conclude that a failure to do so does not necessarily mean that the dismissal is harsh, unjust and unreasonable.

Here is that proposition at play in an unfair dismissal case.

“……………Having considered each of ss 387(a)-(g) of the Act, it remains necessary to now consider s 387(h). Section 387(h) provides the Commission with a broad scope to consider any other matters it considers relevant. Although s 387 includes matters that the Commission must take into account in deciding how to exercise its discretion, the discretion conferred is otherwise expressed in general, unqualified terms. However, the discretion conferred must not be exercised arbitrarily, capriciously or so as to frustrate the legislative purpose. Further, the discretion is also confined by the subject matter, legislative context and purpose. In this respect, s 381 (the Object of Part 3-2) is noted, although not recorded in full.

[94] In UES (Int’l) Pty Ltd v Harvey 63, a Full Bench of the Commission dealt with circumstances where the criteria for a genuine redundancy in s 389 were not met; the Full Bench concluded as follows:

The terms of s 389 of the FW Act suggest the process for selecting individual employees for redundancy is not relevant to whether a dismissal was a case of genuine redundancy. The relevant Explanatory Memorandum confirms as much. Setting aside jurisdictional pre-requisites and the matters in s 396(a) to (c), FWA only needs to consider s 387(a) concerning whether there was a valid reason for a person’s dismissal related to the person’s capacity or conduct if one or more of the criteria in s 389 of the FW Act, which sets out the meaning of genuine redundancy, have not been met. The criteria in s 389 which have not been met can be taken into account in FWA’s consideration as to whether the dismissal was harsh, unjust or unreasonable as part of s 387(h), being “any other matters that FWA considers relevant. 64

As we have earlier indicated, there were sound, defensible and well-founded reasons for Mr Harvey’s dismissal, being that UES no longer required his job to be performed by anyone because of changes in the operational requirements of its enterprise and it was not reasonable in all the circumstances to relevantly redeploy him. We regard such valid reasons as matters relevant to our consideration as to whether Mr Harvey’s dismissal was harsh, unjust or unreasonable. They are matters telling against a conclusion that the dismissal was harsh, unjust or unreasonable. 65

[95] In this case, the reason for Mr Dreja’s dismissal was that his position was no longer required to be filled by any of the Respondent’s employees. While this did not constitute a valid reason for dismissal, I consider nevertheless that this was a redundancy undertaken in the context of changing operational requirements and was a sound and well-founded decision in this respect. Mr Dreja submitted that the redundant position was still required. The Respondent considered that there were duties and responsibilities of the redundant position which remained; however, those duties and responsibilities were subsumed into the new position, which was of greater scope.

[96] However, as observed at paragraphs 52-54, I was not persuaded that the Respondent complied with its obligation under the Award to provide Mr Dreja with written information for the purpose of discussing with him the introduction of the change, its likely effect, and measures to avoid or reduce the adverse effects on him. Despite making this procedural error, I do not consider that Mr Dreja was denied procedural fairness. Mr Dreja was consulted about the instigation of the review, the changes to the management structure in Western Australia, the decision to introduce a new position and make his role redundant, and the process for applying for the new position.

[97] While it is the case that Mr Dreja does not appear to have been informed of the purpose of the meeting on 16 September 2017, I do not consider that this created such unfairness to warrant the dismissal being one that was unfair. Mr Dreja claims he was unable to garner the assistance of a support person for the meeting because he was unaware of the purpose of the meeting. However, in the circumstances, I do not consider that this procedural matter rendered the dismissal unjust, unreasonable or harsh. It was not the case that Mr Dreja faced being dismissed or disciplined in the meeting, but rather, was being consulted about the changes.

[98] Further, while the Respondent required Mr Dreja to apply for the new position, having considered the evidence before me, it did not appear that the new position was a suitable position for Mr Dreja. In this respect, I have considered the evidence of Ms Del Vecchio concerning the answers Mr Dreja gave in the interview, and Mr Dreja’s evidence provided at hearing and in his witness statement. 66

[99] Mr Dreja contended that the Respondent and Ms Del Vecchio had failed in their duty under their own policy of redeployment to support him and transition him into a comparable role, even after Ms. Del Vecchio become aware of his desire to relocate and continue his career with the Respondent. 67 However, the evidence does not support a finding that Mr Dreja made either Ms Del Vecchio, Ms Rajkovic or the Human Resources Advisor aware that he desired to relocate to the Eastern States. The evidence shows that Mr Dreja made the initial enquiry to Ms Rajkovic about the branch manager positions but took no further steps to unequivocally express any interest in the roles.

[100] In respect of the redeployment process, the Respondent had required Mr Dreja to apply for the branch manager positions in the Eastern States. Yet, it was evident that the Redundancy Policy did not contemplate redeployment to locations at such a distance. Therefore, there appeared to be no breach of the Respondent’s Redundancy Policy by requiring Mr Dreja to apply for these particular positions. Further, while Mr Dreja was provided with lists of vacant positions each week, he took no steps to identify suitable roles within the Respondent business and make enquiries about the same. His inaction in this respect has been taken into account.

[101] Mr Dreja had worked for the Respondent for near on six years in various branch manager positions. Whilst Mr Dreja had secured a new role as a mobile lending manager for a financial institution, he gave evidence that the new role was at a lower grade and paid less than his role with the Respondent. I have no doubt that Mr Dreja has not taken the loss of his position as the Branch Manager, Perth, well, and similarly was disappointed that he was unsuccessful for the new position. Further, from Mr Dreja’s oral testimony it would appear that financially the role he has secured with another business does not attract the same fiscal benefits. Inevitably, this has led Mr Dreja to be both disappointed and upset. However, in all of the circumstances, I do not consider that Mr Dreja’s dismissal was harsh.

[102] Having considered each of the matters specified in s 387 and having regard to the obligation to afford a ‘fair go all round’, I am satisfied that, overall, the dismissal of Mr Dreja was not unjust, unreasonable or harsh. In my view, there was no failure to redeploy Mr Dreja – in all the circumstances and while the Respondent did not comply with all obligations concerning consultation under the Award, this does not lead me to the conclusion that the dismissal was unfair.”