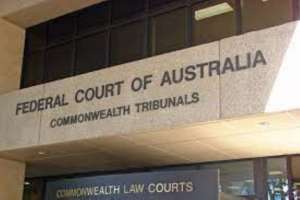 Here is an extract from a recent decision of the Full Federal Court which contains very useful observations about how the courts should assess evidence in general protections’ cases.

Courts must have regard to the whole of the evidence

104    The onus on the appellants of proving that none of the seven complaints alleged was a substantial and operative factor in terminating Mr Roohizadegan’s employment was “to be discharged on the balance of probabilities in the light of all the established evidence”. See Board of Bendigo Regional Institute of Technical and Further Education v Barclay (2012) 248 CLR 500 at 523 [62] (French CJ and Crennan J).

True it is that the disbelief of the decision-maker as to the reason given for the taking of adverse action will ordinarily be a weighty consideration and often a determinative consideration as to whether a reason asserted by an applicant is a substantial and operative reason for adverse action. However, neither that observation nor the s 361 statutory presumption itself, relieves a court of the need to make all of the necessary inquiries and consider all of the evidence probative of whether the reason asserted has been negated by that evidence. Whilst the statutory presumption casts an onus on the respondent to satisfy the court on the evidence before it that the asserted reason has been negated, it does not require that finding to be based solely on the evidence of the decision-maker or to be based solely on the evidence called or otherwise put before the court by a respondent.

106    And, as Bromberg J also said at [113], in a case where there is “evidence of a broad range of facts and circumstances, beyond the reliability of [the employer’s] evidence about [their] asserted reason for the dismissal” such facts and circumstances need “to be taken into account in assessing whether the … complaint[s] [were] a substantial and operative reason for the dismissal”.

Courts must give adequate reasons

107    The principles in relation to the obligation of courts to provide adequate reasons were also not disputed.

109    A judge is not obliged to spell out every detail of the process of reasoning to a finding, but it is essential that he or she expose the reasons for resolving a point critical to the contest between the parties. See Soulemezis at 259 (Kirby P), 270 (Mahoney JA), 280 (McHugh JA).

110    The reasons must do justice to the issues posed by the parties’ cases. See Moylan v Nutrasweet Co [2000] NSWCA 337 at [61] (Sheller JA, Beazley and Giles JJA agreeing). Discharge of this obligation is necessary to enable the parties to identify the basis of the judge’s decision and the extent to which their arguments have been understood and accepted. See Soulemezis at 279 (McHugh JA). And it is also necessary that the primary judge “‘enter into’ the issues canvassed and explain why one case is preferred over another”. See Jones v Bradley [2003] NSWCA 81 at [129] (Santow JA, Meagher and Beazley JJA agreeing).

111    As Samuels JA said in Mifsud v Campbell (1991) 21 NSWLR 725 at 728, “… failure to refer to some of the evidence does not necessarily, whenever it occurs, indicate that the judge has failed to discharge the duty which rests upon him or her. However, for a judge to ignore evidence critical to an issue in a case and contrary to an assertion of fact made by one party and accepted by the judge … may promote a sense of grievance in the adversary and create a litigant who is not only disappointed but disturbed” (internal quotations omitted). And as Basten JA said in Alexandria Landfill Pty Ltd v Transport for NSW [2020] NSWCA 165; 243 LGERA 102 at 111 [7]:

7    Because there is no means of interrogating a judge as to his or her intellectual processes, evidence that issues were not addressed can usually only be demonstrated by reference to the reasons. Thus, on the assumption that the judge addressed in the reasons all material matters, the absence of reference to a particular matter may allow the inference that it was not addressed and determined (citing Waterways Authority v Fitzgibbon [2005] HCA 57; (2005) 79 ALJR 1816 at [129]-[130] (Hayne J).

112    Further, “[w]here conflicting evidence of a significant nature is given, the existence of both sets of evidence should be referred to.” See Beale at 443 (per Meagher JA).

113    Finally, “bald findings on credit, where there remain substantial factual issues to be dealt with, may not constitute an adequate compliance with the judge’s common law duty to provide the parties, and the appellate court, with the basis of his decision”. See Palmer v Clarke (1989) 19 NSWLR 158 at 170 (Kirby P, Samuels JA agreeing).”