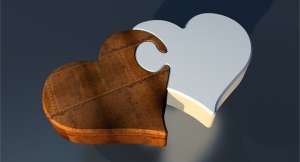 Most unfair dismissal cases which are determined by the Fair Work Commission on a defended basis will involve disputed evidence, and it is thus a function of the Fair Work Commission to make findings of fact in those circumstances. Often when direct evidence of a disputed fact is not available, the Commission will be required to draw an inference, just as a jury in a criminal trial must often do. What are the legal principles which the Commission uses when doing so?

“The basis on which an inference can be drawn was discussed in A Smith and others v Moore Paragon Australia Ltd 91 (Moore Paragon) where the Full Bench of the Australian Industrial Relations Commission said that “an inference can (as opposed to whether it should) be drawn if it is reasonably open on the proved facts.”92 Upon consideration of the relevant case law the Full Bench found:

[42] The statement of principles set out above may be summarised as follows:

ϖ the drawing of an inference is part of the process of fact finding;

ϖ an inference can be drawn if it is reasonably open on the basis of agreed or proved facts;

ϖ the question whether a particular inference can be drawn from the facts found or agreed is a question of law;

ϖ where direct proof is not available, it is enough if the circumstances appearing in the evidence give rise to a reasonable and definite inference;

ϖ the circumstances must do more than give rise to conflicting inferences of equal degrees of probability so that the choice between them is a mere matter of conjecture;

ϖ matters to be taken into account in drawing an inference include circumstances whose relation to the fact in issue consists in the probability or increased probability, judged rationally upon common experience, that they would not be found unless the fact to be proved also existed;

ϖ generally it is not lawful to take into account moral tendencies of persons, their proneness to acts or omissions of a particular description, their reputations and their associations;

ϖ the degree of probability required to found the necessary inference will depend on the nature of the proceeding:

o in a criminal case the facts must be such as to exclude reasonable hypotheses consistent with innocence,

o in a civil case you need only circumstances raising a more probable inference in favour of what is alleged;

ϖ a party’s failure to give evidence on some issue in cases where it is within that party’s power to provide or give evidence, may result in more ready acceptance of the evidence for the other party or the more ready drawing of an inference that is open on that evidence.”