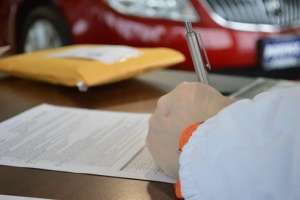 In this extract from a Federal Court of Australia decision, the legal principles about interpreting enterprise agreements (an artform itself) are discussed.

15    The Agreement was made between Target and its employees on 22 October 2012 when a majority of Target’s employees voted to approve the Agreement: s 182(1) of the FW Act.

17    The effect of s 50, taken together with s 51, s 53 and s 54 of the FW Act is that an employer, employee or employee organisation covered by an approved enterprise agreement is bound to comply with its terms.

[197]    The starting point for interpretation of an enterprise agreement is the ordinary meaning of the words, read as a whole and in context: City of Wanneroo v Holmes (1989) 30 IR 362 at 378 (French J). The interpretation ‘… turns on the language of the particular agreement, understood in the light of its industrial context and purpose …’: Amcor Limited v Construction, Forestry, Mining and Energy Union (2005) 222 CLR 241 at [2] (Gleeson CJ and McHugh J). The words are not to be interpreted in a vacuum divorced from industrial realities (Holmes at 378); rather, industrial agreements are made for various industries in the light of the customs and working conditions of each, and they are frequently couched in terms intelligible to the parties but without the careful attention to form and draftsmanship that one expects to find in an Act of Parliament (Holmes at 378-9, citing Geo A Bond & Co Ltd (in liq) v McKenzie [1929] AR(NSW) 498 at 503 (Street J)). To similar effect, it has been said that the framers of such documents were likely of a ‘practical bent of mind’ and may well have been more concerned with expressing an intention in a way likely to be understood in the relevant industry rather than with legal niceties and jargon, so that a purposive approach to interpretation is appropriate and a narrow or pedantic approach is misplaced: see Kucks v CSR Limited (1996) 66 IR 182 at 184 (Madgwick J); Shop Distributive and Allied Employees’ Association v Woolworths SA Pty Ltd [2011] FCAFC 67 at [16] (Marshall, Tracey and Flick JJ); Amcor at [96] (Kirby J).

21    The parties also agreed that the principles were accurately summarised by Wheelahan J in King v Melbourne Vicentre Swimming Club Inc [2020] FCA 1173 (King) at [122]-[133]. His Honour said the following about context:

[126]    The significance of history and context as an aid to the construction of awards was referred to by Burchett J in Short v F W Hercus Pty Ltd in another frequently cited passage, at 518 –

Where the circumstances allow the court to conclude that a clause in an award is the product of a history, out of which it grew to be adopted in its present form, only a kind of wilful judicial blindness could lead the court to deny itself the light of that history, and to prefer to peer unaided at some obscurity in the language. ‘Sometimes’, McHugh J said in Saraswati v The Queen (1991) 172 CLR 1 at 21, the purpose of legislation ‘can be discerned only by reference to the history of the legislation and the state of the law when it was enacted’. Awards must be in the same position.

[127]    The authorities relating to the construction of industrial instruments illustrate that context may shed light on the proper meaning to be given to expressions that take their colour from the industrial context. The history of provisions of an industrial instrument may also demonstrate that particular expressions have been the subject of interpretation by the courts or industrial tribunals, which may then be taken to have an accepted meaning when, in the same or a similar context, they find their way into later instruments: Short v FW Hercus Pty Ltd at 517-518. Practices in the relevant industry may provide material context. An illustration is Transport Workers Union v Linfox Australia Pty Ltd [2014] FCA 829; 318 ALR 54, where Tracey J held that evidence about the morning commencement time of work in the transport industry, together with an examination of the history of relevant award provisions, informed the construction of the term ‘day shift’ with the consequence that ordinary day workers were not to be regarded as shift workers for the purposes of the award, and were therefore not entitled to ‘crib time’.

[128]    Part of the context in construing an industrial instrument may, in an appropriate case, be a recognition that the instrument may have been drafted by lay persons with a practical bent of mind, with the consequence that the construction of ambiguous terms should favour a sensible and practical industrial result, shorn of narrow legalism and pedantry: see, Australian Building and Construction Commissioner v Construction, Forestry, Maritime, Mining and Energy Union (The Nine Brisbane Sites Appeal) [2019] FCAFC 59; 269 FCR 262 at [5] (Allsop CJ); Kucks v CSR Ltd at 184 (Madgwick J). There are, however, limits on the extent to which the resolution of questions of construction may be driven by reference to history and context, and a liberal approach to construction, because ultimately what is to be determined is the proper construction of the instrument based on the objective meaning of the text. The Fair Work Act contains provisions that require the Commission to publish its written decisions, reasons, approved enterprise agreements, and variations to modern awards, with the consequence that they are widely available to members of the public: s 168, s 601. There is much to be said for the notion that instruments such as awards should be reasonably capable of being understood and implemented by the participants in the industries to which they apply by reference to the language employed in the instrument itself, without having to investigate and ascertain the pedigree of the instrument in order to identify some latent meaning to be discerned by an analysis of the mental states or purposes of others: see, The Nine Brisbane Sites Appeal at [8] (Allsop CJ). In City of Wanneroo v Holmes at 380, French J stated –

Awards, whether made by consent or otherwise, should make sense according to the basic conventions of the English language. They bind the parties on pain of pecuniary penalties.

[129]    In addition, industrial instruments such as awards are liable to be binding on persons who took no part in their making. To adapt the words of Lord Simon of Glaisdale in Stock v Frank Jones (Tipton) Ltd [1978] 1 WLR 231 at 237, in a society living under the rule of law, employers and employees are entitled to regulate their conduct according to what an award says, rather than by what it was meant to say, or by what it would have otherwise said if a newly considered situation had been envisaged.

22    Although allowing an appeal, the Full Court in King v Melbourne Vicentre Swimming Club Inc [2021] FCAFC 123 at [40]-[43] did not challenge Wheelahan J’s exposition of the relevant principles. Another useful summary of the principles is provided in James Cook University at [65].

23    The focus on the text of a modern agreement rather than ‘what it was meant to say’ (King at [129]) directs attention to the relevance or otherwise of evidence that the parties might seek to rely upon to establish what the persons who negotiated the agreement intended to say by the words used. As Colvin J observed in Sheehan v Thiess Pty Ltd [2019] FCA 1762 (upheld by the Full Court in Thiess Pty Ltd v Sheehan [2020] FCAFC 198):

[22]    Therefore, peculiar contextual matters that may have been commonly known to representatives of Thiess and the Union when negotiating the terms of the Agreement are not matters to be brought to account. The Agreement is within the category of instruments where it is intended to apply to parties who were not participants in the process by which the terms of the instrument were formulated. In such cases, it may not be appropriate for surrounding circumstances to be brought to account unless they rise to the level of matters that would be notorious or known to those intended to be bound by the instrument who did not participate in the negotiations or dealings by which the terms were formulated: see, for example, Allandale Blue Metal Pty Ltd v Roads and Maritime Services [2013] NSWCA 103 (a case concerned with planning consents); Lion Nathan Australia Pty Ltd v Coopers Brewery Ltd [2006] FCAFC 144; (2006) 156 FCR 1 at [57]-[66], [73] (Weinberg J), [225]-[226] (Lander J), cp [123]-[124] (Kenny J) (a case concerned with company constitutions); and Westfield Management Limited v Perpetual Trustee Company Limited [2007] HCA 45; (2007) 233 CLR 528 at [36]-[39] (Gleeson CJ, Gummow, Kirby, Hayne and Heydon JJ) (a case concerned with easements).

25    The use of evidence that pre-dates an industrial agreement was raised in this case. The parties referred to predecessor agreements. Target also sought to rely on evidence of negotiations and its manner of payment to employees of annual leave entitlements prior to the Agreement. The Association objected to much of the evidence about the circumstances leading up to the Agreement on the basis that it was inadmissible for the purpose of construing the relevant clause and because, in some cases, it reflected without prejudice discussions. It will be necessary to return to these matters. However, before doing so, it is appropriate to turn to the terms of the Agreement itself.”