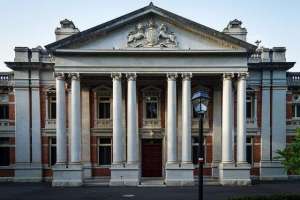 The contract in which the restraint was included had been executed in Connecticut in the US and so the first question was whether it could be enforced in Western Australia. The answer was yes, but in the context of the case, an application for an injunction, the issue of the enforceability of the restraint clause (ie its validity) was a matter for a Western Australian judge to determine in accordance with Connecticut law.

Wow; how did the judge handle that? This how.

“Foreign law is a question of fact to be proved by expert evidence: Nielson v Overseas Projects Corporation of Victoria Ltd [2005] HCA 54; (2005) 223 CLR 331 [115] (Gummow & Hayne JJ) (Nielson). Expert evidence about foreign law can be divided into evidence about the content of the law and evidence about its application to the facts of a particular case. The former is said to be admissible; the latter is not. But a distinction between content and application evidence is not to be understood as precluding an expert from examining in evidence how a power or discretion would be exercised by a foreign court: Nielson [120].

The plaintiff adduced expert evidence of the law of Connecticut from Kevin Greene, an attorney who has been admitted to the Bar for the State of Connecticut since 1995. There is no challenge to his expertise nor to his opinion of the content of Connecticut law. However, both parties submitted that in so far as Mr Greene opines as to how Connecticut law would be applied to the facts of this case it is inadmissible….

The second question was what law should be applied in determining whether an injunction should be applied to prevent a breach of the restraint. The answer was Western Australian law. This is how the judge put it;

“The principles governing the grant of an interlocutory injunction were set out by the High Court in Beecham Group Limited v Bristol Laboratories Pty Ltd [1968] HCA 1; (1968) 118 CLR 618and reaffirmed  in Australian Broadcasting Corporation v O’Neill [2006] HCA 46; (2006) 227 CLR 57. Before the court will exercise its discretion to award an interlocutory injunction, a plaintiff must satisfy the court that:

The requisite strength of the probability of ultimate success depends upon the nature of the rights asserted and the practical consequences likely to flow from the interlocutory order sought:Australian Broadcasting Corporation v O’Neill [71] [72] (Gummow & Hayne JJ).

The first of those matters, the reference to the nature of the rights asserted by the plaintiff, directs attention to the relief sought in this application an injunction to restrain a former employee from engaging in employment contrary to a contractual postemployment of noncompetition promise……..

It has often been said, in the context of injunctive relief for apprehended breach of a restrictive covenant that ‘where what is involved is the enforcement by injunction of a contractual negative stipulation, it is a rare case in which relief will be declined on the basis that damages are a sufficient remedy’: Cerilian Pty Ltd v Graham Fraser [2008] NSWSC 1016 [10] (Brereton J); John Fairfax Publications Pty Ltd v Birt [2006] NSWSC 995 [45] (Brereton J); Willis Australia Group Services Pty Ltd v Griggs [2012] NSWSC 659 [129] – [130] (Ward J).

The relevant damage will largely relate to Naiad’s good will and customer connection. It may not be easy to identify transactions lost to Naiad due to Dr Vidakovic’s employment by Veem. The evidence before the Court is that such damage is not reasonably capable of precise quantification. Naiad would have to prove what profit Naiad lost by reason of Dr Vidakovic being employed by Veem. Such an analysis would require assumptions to be made which Naiad would have to prove as to what business Dr Vidakovic would have secured for Naiad which is not necessarily the same as the business he would gain for Veem and such matters are not easily proven. In those circumstances compensation for a breach of contract is an inferior remedy to prevention of the breach.”

And there, esteemed blog follower,  you have it.