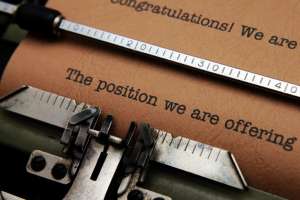 The most fundamental and generally important fair work issue is whether the relationship between parties is that of employment or something else, for example principal and independent contractor. Without that relationship there can be no dismissal and thus no unfair dismissal case. There are some instances where the Fair Work Act 2009 involves itself in non-employment relationships, for example the general protections, but general it is concerned with the relationship between employers and employees. There are many cases which contain dicta about the various tests which the courts apply to determine this question, but in the following case it is put, with the greatest respect, very well.

“The approach to characterisation of the relationship has historically been to apply a control test. However, in their joint judgment in Stevens v Brodribb Sawmilling Company Pty Ltd (1986) 160 CLR 16, their Honours Wilson and Dawson JJ found that control is no longer the only factor:-

“In many, if not most, cases it is still appropriate to apply the control test in the first instance because it remains the surest guide to whether a person is contracting independently or serving as an employee. That is not now a sufficient or even an appropriate test in its traditional form in all cases because in modern conditions a person may exercise personal skills so as to prevent control over the manner of doing his work and yet nevertheless be a servant: Montreal v Montreal Locomotive Works [1947] 1 DLR 161 at p.16].  This has led to the observation that it is the right to control rather than its actual exercise which is the important thing (Zuijs v. Wirth Bros. Pty Ltd [(1955) [1955] HCA 73; 93 CLR 561 at p.571]) but in some circumstances it may even be a mistake to treat as decisive a reservation of control over the manner in which work is performed for another. That was made clear in Queensland Stations Pty. Ltd. V. Federal Commissioner of Taxation [(1945) [1945] HCA 13; 70 CLR 539], a case involving a droving contract in which Dixon J observed at p.552, that the reservation of a right to direct or superintend the performance of the task cannot transform into a contract of service what in essence is an independent contract.

The other indicia of the nature of the relationship have been variously stated and have been added to from time to time. Those suggesting a contract of service rather than a contract for service include the right to have a particular person do the work, the right to suspend or dismiss the person engaged, the right to the exclusive services of the person engaged and the right to dictate the place of work, hours of work and the like. Those which indicate a contract for services include work involving a profession, trade or distinct calling on the part of the person engaged, the provision by him of his own place of work or his own equipment, the creation by him of goodwill or saleable assets in the course of his work, the payment by him from his remuneration without deduction from income tax. None of these leads to any necessary inference, however, and the actual terms and terminology of the contract will always be of considerable importance.

Having said that, we should point out that any attempt to list the relevant matters, however incompletely, may mislead because they can be no more than a guide to the existence of a relationship of master and servant. The ultimate question will always be whether a person is acting as the servant of another or on his own behalf and the answer to that question may be indicated in ways which are not always the same and which do not always have the same significance.”

“Roy Morgan Centre 37 ATR 528 involved issues and facts very like those in the present appeal. Winneke P, with whom Phillips and Kenny JJA agreed, quoted with approval at 533 a passage from Hall (Inspector of Taxes) v Lorimer [1992] 1 WLR 939 at 944 where Mummery J, speaking of a determination whether a person was a servant or independent contractor, said:

This is not a mechanical exercise of running through items on a check list to see whether they are present in, or absent from, a given situation. The object of the exercise is to paint a picture from the accumulation of detail. The overall effect can only be appreciated by standing back from the detailed picture which has been painted, by viewing it from a distance and by making an informed, considered, qualitative appreciation of the whole. It is a matter of the overall effect of the detail, which is not necessarily the same as the sum total of the individual details. Not all details are of equal weight or importance in any given situation. The details may also vary in importance from one situation to another.

Although technically it remains true that the question whether a person is engaged on a contract of service or for services is one of mixed law and fact, in reality the task of the trial judge in determining that question, in a case like the present one, involves an assessment and evaluation of evidence for the purpose of identification and isolating factors or indicia which are capable of pointing in one direction or the other, and then weighing or balancing those factors in accordance with established principles, none of which is conclusive, in order to reach a conclusion.

His Honour added that where, as in that case, the resolution of the question is one of ‘fact and degree’ in respect of which views may legitimately differ, it is difficult for an Appellant who cannot identify specific error to demonstrate any error at all on the part of the trial judge. (at 460 [31] – [32]).”

The evidentiary findings as set out above, being a consideration of the various indicia of the nature of the relationship between the Applicant and Auscraft and the Respondents, when balanced against each other lead the Court to conclude that the “picture painted from the accumulation of detail”[1] is that the Applicant was at all material times an employee of the First Respondent and its predecessor corporation Auscraft.”