Employment contracts; what is required? 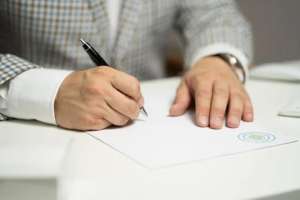 How to identify when an employment contract is born and what terms have been agreed.

“Against the background of a need first to identify the legal rights and obligations, all of this brings to mind these observations made by Allsop J (as his Honour then was), with the agreement of Drummond and Mansfield JJ, in Branir Pty Ltd v Owston Nominees (No 2) Pty Ltd (2001) 117 FCR 424 (Branir v Owston Nominees), at [369]:

… [A] number of authorities discuss the need not to constrict one’s thinking in the formation of contract to mechanical notions of offer and acceptance. Contracts often, and perhaps generally do, arise in that way. They can also arise when business people speak and act and order their affairs in a way without necessarily stopping for the formalities of dotting i’s and crossing t’s or where they think they have done so. Here, the i’s were not dotted and the t’s were not crossed because of Mr Graham’s conduct. Sometimes this failure occurs because, having discussed the commercial essentials and having put in place necessary structural matters, the parties go about their commercial business on the clear basis of some manifested mutual assent, without ensuring the exhaustive completeness of documentation. In such circumstances, even in the absence of clear offer and acceptance, and even without being able (as one can here) to identify precisely when a contract arose, if it can be stated with confidence that by a certain point the parties mutually assented to a sufficiently clear regime which must, in the circumstances, have been intended to be binding, the court will recognise the existence of a contract. Sometimes this is said to be a process of inference or implication. For my part, I would see it as the inferring of a real intention expressed through, or to be found in, a body of conduct, including, sometimes, communications, even if it be the case that the parties did not consciously advert to, or discuss, some aspect of the relationship and say: ‘‘and we hereby agree to be bound’’ in this or that respect. The essential question in such cases is whether the parties’ conduct, including what was said and not said and including the evident commercial aims and expectations of the parties, reveals an understanding or agreement or, as sometimes expressed, a manifestation of mutual assent, which bespeaks an intention to be legally bound to the essential elements of a contract. The authority for the above can be found in, at least, the following: Meates v Attorney-General [1983] NZLR 308 at 377 per Cooke J (as his Lordship then was); Integrated Computer Services Pty Ltd v Digital Equipment Corporation (Aust) Pty Ltd (1988) 5 BPR 11,110 at 11,117-11,118 per McHugh JA (Hope and Mahoney JJA concurring); Vroon BV v Foster’s Brewing Group [1994] 2 VR 32 at 81-83 per Ormiston J (as his Honour then was); Empirnall Holdings Pty Ltd v Machon Paull Partners Pty Ltd (1988) 14 NSWLR 523 at 555 per McHugh JA (with whom Samuels JA concurred); Pagnan SpA v Feed Products Ltd [1987] 2 Lloyd’s Rep 601 at 611 per Bingham J (as his Lordship then was) affirmed on appeal at 615; Pobjie Agencies v Vinidex Tubemakers [2000] NSWCA 105 at [22]-[24] per Mason P (with whom Meagher and Handley JJA concurred); Brambles Holdings Ltd v Bathurst City Council [2001] NSWCA 61 at [74]-[80] per Heydon JA; though see Toyota Motor Corporation Australia Ltd v Ken Morgan Motors Pty Ltd [1994] 2 VR 106 at 178 per Tadgell J (as his Honour then was); and in this context see also Electrical Enterprises Retail Pty Ltd v Rodgers (1988) 15 NS LR 473 at 489 per Kearney J and Manzi v Smith (1975) 132 CLR 671 at 674.”