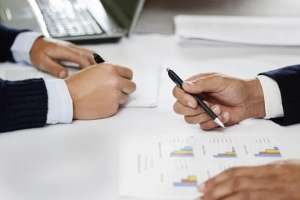 The Fair Work Commission has advised employers to respect the dignity of employees during redundancies.

[228] For all of the reasons set out above I am satisfied that Ms McNichol’s dismissal was a case of genuine redundancy because as at 7 May 2020:

(a) the Respondent no longer required Ms McNichol’s job to be performed by anyone because of changes in the operational requirements of its enterprise;

(b) there was no obligation to consult as Ms McNichol’s employment was not covered by a modern award or enterprise agreement; and

[229] Ms McNichol’s dismissal by the Respondent on 7 May 2020 was a case of genuine redundancy within the meaning of s.389 of the Act. Consequently, she has not been unfairly dismissed; the Commission is prevented from examining if the dismissal is unfair pursuant to s.387 of the Act.

[230] The application is dismissed.

[231] As an aside, I consider it inappropriate for the Respondent to have refused Ms McNichol the opportunity to go back to her desk to collect her personal items on termination by way of redundancy. She stated that she was walked out the door and her personal items were collected for her. The Respondent is encouraged to address this practice where termination is by way of redundancy. I consider it to be humiliating and unfair where naturally the individual may be shocked at the news of the redundancy, may have important personal items they wish to collect, and may wish to understandably farewell colleagues.

[232] It may be appropriate, for example, to allow the dismissed employee several hours or so to compose themselves before they then return to their workspace to gather their belongings and bid farewell. This may also be prudent if management is tasked with implementing a number of redundancies across the same day and announcements are strategically made. It would not have been an imposition to have allowed Ms McNichol to return the following day if a company-wide announcement was made at 3:00pm on 7 May 2020.

[233] The dignity of an individual should not be forgotten in what is often a significant life-altering course of action made by an employer for its employee.”