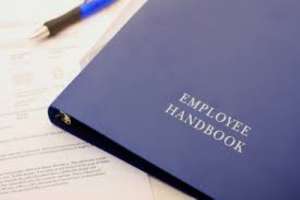 Lawful and reasonable policies and directions; the fair work consequences

It is accepted by fair work practitioners that a refusal by an employee to comply with or carry out an employer’s policies and procedures may constitute a valid reason for dismissal.

But what are the circumstances which render this proposition problematic sometimes?

“[177] However, at this point, it needs to be emphasised that conduct which can cause a serious and imminent risk to the health and safety of a person may not be wilful, malicious, intentional or deliberate to constitute a valid reason for dismissal. Carelessness, skylarking or taking short cuts, readily spring to mind as examples of circumstances where the safety of others might be imperilled and such conduct would still constitute serious misconduct. Nevertheless, each case must be decided on its own specific set of facts and circumstances within the rubric of the legislative provisions and relevant authority.”

[41] Nevertheless, it remains a bedrock principle in unfair dismissal jurisprudence of the Commission that a dismissal may be “harsh, unjust or unreasonable” notwithstanding the existence of a “valid reason” for the dismissal”: Australian Meat Holdings Pty Ltd v McLauchlan (1998) 84 IR 1; J Boag & Son Brewing Pty Ltd v John Button [2010] FWAFB 4022; Windsor Smith v Liu [1998] Print Q3462; Caspanello v Telstra Corporation Limited [2002] AIRC 1171; King v Freshmore (Vic) Pty Ltd [2000] Print S4213; Dahlstrom v Wagstaff Cranbourne Pty Ltd [2000] Print T1001; Erskine v Chalmers Industries Pty Ltd [2001] PR902746 citing Allied Express Transport Pty Ltd (1998) 81 IR 410 at 413; Qantas Airways Limited v Cornwall (1998) 82 IR 102 at 109; ALH Group Pty Ltd T/A the Royal Exchange Hotel v Mulhall [2002] PR919205. That principle reflects the approach of the High Court in Victoria v Commonwealth and is consequence of the reality that in any given case there may be “relevant matters” that do not bear upon whether there was a “valid reason” for the dismissal but do bear upon whether the dismissal was “harsh, unjust or unreasonable”.”