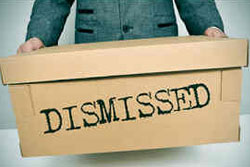 In Woolworths Limited (t/as Safeway) v Cameron BrownPR963023 (26 September 2005)  a Full Bench of the AIRC, after considering the principles in Selvachandran v Peteron Plastics Pty Ltd and the approach of the AIRC in Atfield v Jupiters Limited t/a Conrad Jupiters Gold Coast, PR928970 (19 March 2003) at [14] considered when a failure to abide by a policy of an employer would amount to a valid reason for termination of employment and when it would not:

“In summary, a breach of an employer’s policy involving or amounting to a failure to obey a lawful and reasonable direction of the employer sufficient to justify dismissal at common law will amount to a valid reason for termination of employment within the meaning of s.170CG(3)(a) in the sense of a reason that is “sound, defensible or well-founded.” A failure to comply with a direction to do or refrain from doing something in compliance with an employer’s policy will not provide a valid reason for termination of employment where:

(b) the policy does not relate to the subject matter of the employment or matters affecting the work of the employee; or

“Not every breach of a policy will provide a valid reason for termination of employment. However in circumstances where the policy is both lawful and reasonable and an employer has stressed the importance of the particular policy to the business and made it clear to employees that any breach is likely to result in termination of employment, then an employee who knowingly breaches that policy will have difficulty making out an argument that there is no valid reason for the termination.”

Although also dealing with considerations beyond the existence of a valid reason, in Bostik (Australia) Pty Ltd v Gorgevski (No 1) (1992) 41 IR 452 per Sheppard and Heerey JJ. the Court observed:

“Employers can promulgate polices and give directions to employees as they see fit, but they cannot exclude the possibility that instant dismissal of an individual employee for non-compliance may, in the particular circumstances of an individual case, be harsh, unjust and unreasonable.”