Employer needs no reason at all to dismiss at common law 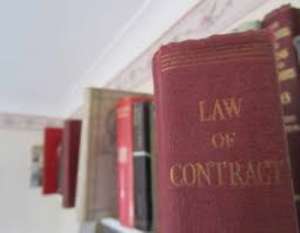 A Full Bench of the Western Australian Industrial Relations Commission has re-affirmed (if it needed to be) that there is no implied term and condition in an employment contract that a party will not invoke termination rights conferred by the contract except in a reasonable manner.

“At common law an employer can dismiss an employee for any reason or for none: Ridge v Baldwin [1964] AC 40, 65. The employer can act unreasonably or capriciously but the termination is valid, unless the termination is in breach of a term of contract and then the employee’s only remedy is in damages for breach of contract: Malloch v Aberdeen Corporation [1971] 1 WLR 1578, 1581.”

Thus a contract of employment  will not be interpreted to include an implied term that one party  will not use of a right to terminate on notice unreasonably unless there is good reason to do so. Furthermore, a pre-contractual statement by an employer not finding its way into the contract that the employment will be for a certain period will not by itself be enough for such a term to be implied, or to regard it as a contract for a fixed term.

“It is a well-established principle of construction of contracts that evidence of parties’ subjective intention is not admissible to construe the terms of a contract: Codelfa Construction Pty Ltd v State Rail Authority of New South Wales [1982] HCA 24; (1982) 149 CLR 337, 352. In any event, the express terms of cl 23.1 of the contract of employment declare that the written terms are the only terms of the contract and cl 23.2 expressly declares that the contract supersedes and replaces all prior representations……………….

In Byrne v Australian Airlines Ltd [1995] HCA 24; (1995) 185 CLR 410, the High Court found that an award created a statutory right that could be enforced through the Industrial Relations Act 1988 (Cth), but neither the Industrial Relations Act 1988 nor the award created a contractual right. At (420) Brennan CJ, Dawson and Toohey JJ found: A right to the payment of award rates is imported by statute into the employment relationship, which is contractual in origin, and, express promise apart, it is only in that sense that it can be said that award rates are imported into the contract of employment. The award regulates what would otherwise be governed by the contract. But award rates are imported as a statutory right imposing a statutory obligation to pay them. The importation of the statutory right into the employment relationship does not change the character of the right. As Latham CJ points out in his judgment in Amalgamated Collieries of WA Ltd v True ((1938) 59 CLR 417 at 423), the legal relations between the parties are in that situation determined in part by the contract and in part by the award. And as the judgment of the Privy Council in that case suggests, a provision in an award may also be made a term of the contract by agreement between the parties, but that is only to emphasise the distinction between an obligation imported by statute and one arising by agreement. “