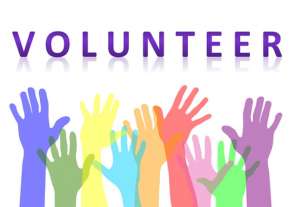 Every now and then, a dispute arises between parties about whether the relationship between them is as entity and volunteer or employer and employee. The law has a number of legal tests which are applicable to solve that dilemma and here they are in action in this extract from a recent Fair Work Commission case.

“Is there an identified contract of employment?

[20] An employee within various limits may pursue a remedy for unfair dismissal such as this application. Generally a non-employee, a volunteer or contractor cannot pursue such a remedy.

[21] The law requires that there are certain basic essential requirements or elements for an agreement to be legally enforceable as a contract. These are described in Professor Andrew Stewart’s book, Stewart’s Guide to Employment Law 9 and in various other forms in texts such as Macken, McCarry & Sappideen’s The Law of Employment10 as being the following essential elements:

The parties must have reached agreement as to the terms of the contract.

[36] Where a contract is not evidenced in writing, the court must infer from the parties whether they have reached an agreement. 11

[37] The Applicants submitted that the previous caretakers approached the Applicants and offered the role of caretaker in exchange for a waiver of site fees and utilities. The Applicants have also relied upon the duties statement as to form part of the contract.

[38] It is clear that the campsite caretaker duty statement outlines the responsibilities of the Applicants.

The agreement must involve the provision of a ‘consideration’ by each party.

[39] The Applicants were not required to pay site fees ($154 per week) and their electricity, gas and water was paid for, as well as membership to the Association.

“[40] An agreement to do something is only regarded as a contract if the parties intended the agreement to be legally binding and carry legal consequences. That is, if something goes wrong, if one party failed to act in accordance with the agreement, the other party would be entitled to take legal action to seek performance. In employment situations where work is intended to be performed for payment, the necessary legal relations are generally present.

[42] Volunteer work by its definition does not, in general, involve this element as the usual motivation for the arrangement is altruism rather than private gain or material advantage. That is, the commitments between parties in such arrangements are moral rather than a legal and formal one. In this matter the applicant provided work in a capacity which is argued to be employment and have a contract of employment. The respondent asserts that she was a volunteer or other than an employee. In determining further whether a contract existed the question must be asked, can it reasonably be inferred that the parties intended to create legal relations?”

[41] This is where the Applicants cases must fail. Whatever the Applicants may have thought, there was not a meeting of the minds between the parties concerning an intention for there to be an agreement between them that was legally binding and that carried legal consequences. The Respondent had a clear and consistent approach to circumstances where it intended to offer employment, and a different, and also clear and consistent approach to circumstances where it intended for functions to be performed on a volunteer basis. The approach the Respondent took to making the arrangements it did with the Applicants was consistent with the later, not the former. In those circumstances I cannot be satisfied that the parties intended to enter a contract that was legally enforceable.