Employee or contractor?; the test 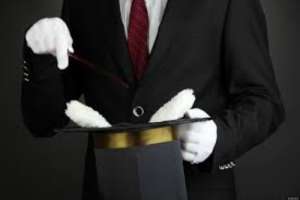 It is an unfair dismissal case and the Commission had determined to resolve the issue of jurisdiction as a preliminary matter.

“At the outset, I observe that Ms Schultz did not seek to evade the obligations that would flow from the treatment of Mr Mitchell as an employee. Rather, she gave Mr Mitchell the choice of arrangement and he elected to be paid the percentage of billings and to be treated as a “contractor” at least in the limited sense in which that dichotomy was discussed and considered by the parties at that time. However, it is the substance of the relationship that must be considered in light of the facts and the approach required by the relevant authorities.

There was no written contract between the parties and little by way of formally agreed elements. The label applied to the arrangement was that of a “contractor” and the parties did have some limited understanding as to what that meant. The pursuit of invoices by Ms Schultz was, at least notionally, consistent with that concept and the nature of the various email exchanges that occurred during the relationship also tended to adopt, or be more consistent with, this label. Further, some, but certainly not all, elements of the email transactions between the parties were more consistent that notion. In Abdalla, the Full Bench observed that:

“The terms and terminology of the contract are always important and must be considered. However, in so doing, it should be borne in mind that parties cannot alter the true nature of their relationship by putting a different label on it. In particular, an express term that the worker is an independent contractor cannot take effect according to its terms if it contradicts the effect of the terms of the contract as a whole: that is, the parties cannot deem the relationship between themselves to be something it is not. Similarly, subsequent conduct of the parties may demonstrate that relationship has a character contrary to the terms of the contract. If, after considering all other matters, the relationship is ambiguous and is capable of being one or the other, then the parties can remove that ambiguity by the very agreement itself which they make with one another.” 22

This should also be considered in light of the decision of the Federal Court in Roy Morgan Research Pty Ltd v Commissioner of Taxation 23 which considered the fact that in that matter the parties had entered into a written contract which expressly stated the relationship to be that of an independent contractor. The Full Court, in effect, endorsed the approach taken by the relevant Tribunal that this was “a matter which must yield in its significance to the nature of the whole relationship”.24

In the circumstances here, the label of “contractor” is of some assistance in clearing up uncertainty about the relationship but cannot be decisive. The discussions about the consequences of being treated as a contractor were somewhat superficial and no detailed arrangements were agreed to confirm those implications. It is also the whole of the relationship that must be assessed.

The indicia discussed above involve competing considerations, they are not exhaustive, and they also need to be weighed according to their relative importance in the circumstances being considered.

In Cai v Do Rozario, the Full Bench also confirmed the following:

Both Ms Schultz and Mr Mitchell were professional colleagues and it is conceivable that a joint venture arrangement or other independent contractual relationship could have been formed. However, and without detracting from the range of competing indicia outlined earlier, I find that fundamentally, Mr Mitchell was working within the business environment, workplace and various operational systems established by Uraidla Physio and the services were also provided as part of the business of the respondent. This included that it was Uraidla Physio that had the right to make the important business decisions, it set and could change the context in which the services were to be provided, and the respondent took the risks associated with the payment for the provision of those services. Further, the absence of some of the kinds of business transactions between the parties (including for example the actual reliance upon invoices for transactions and payments and the consideration of GST in that context) that would be expected as part of an independent contractual relationship of the nature contended by Uraidla Physio, is also an important consideration. The other contrary indicators set out earlier in this decision are relevant, but not sufficient to impact upon the overall characterisation of the relationship.

Having regard to the totality of the relationship when viewed as a practical matter, I am on balance satisfied that in relation to the work undertaken at Uraidla Physio Mr Mitchell was not conducting a business of his own within the meaning and contemplation of the authorities, but rather, was an employee within the meaning of the FW Act. That employment was akin to a casual arrangement where, in the context of some ongoing expectation of continuing work, the extent of that work was dependent upon the mutual availability of opportunities (room availability, patient booking and Mr Mitchell wanting to work) with payment linked to actual performance of the work without additional entitlements.

I also consider that the fundamental concerns underlying the doctrine of vicarious liability as extracted from Hollis v Vabu and set out earlier in this decision are also marginally more consistent with this finding.

I am, on balance, satisfied that Mr Mitchell was an employee for present purposes. Accordingly, there is jurisdiction to hear and determine this application. I will shortly convene a directions conference to make the necessary arrangements for that to occur.”