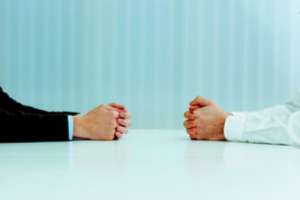 I find it curious that there appears to be a doctrine in unfair dismissal law to the effect that there is a presumption that an employee who during employment goes about setting up a business to compete with his or her employer is guilty of serious misconduct. It is not a position which in my opinion would be accepted by the civil courts.

Now I want to make it clear that I unhesitatingly accept that there will be circumstances in which it is perfectly acceptable to conclude that an employee who does so in contravention of an employer’s policies could be regarded as being guilty of misconduct for failing to comply with his or her employer’s policies and, in certain limited circumstances of failing to comply with a lawful and reasonable instruction.

However I do not accept that there is a principle of fair work law or practice which supports a general statement without more that an employee who works towards the establishment of a business which might be a competitor or an employer is guilty of serious misconduct justifying dismissal. Accordingly I do not accept that the following general statement accurately expresses a legal principle to that effect.

“I have had regard to the decision in Baird v June Austen T/A Revitalise Face & Body Therapies; Lift Skin Body Beauty (2017) FWC 4256 where Saunders C said the following at [28]:

Considering the evidence adduced at the preliminary conference and the subsequent material filed, and the further telephone hearing, I am satisfied that Ms Gilbert held a genuine belief that Mr Molineux had engaged in:

(a) wilful or deliberate behaviour by an employee that is inconsistent with the continuation of the contract of employment – Regulation 1.07(2)(a); and
(b) conduct that causes serious and imminent risk to the reputation, viability or profitability of the employer’s business – Regulation 1.07(2)(b)(ii)

that was sufficiently serious to justify summary dismissal.”