Drug and alcohol testing on the workplace; must be reasonable 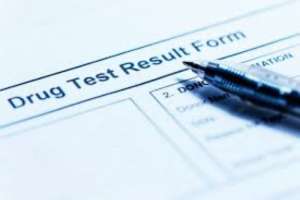 The evidence was that the employer had a drug and alcohol policy incorporating the use of random drug tests, which provided that a refusal to participate would be regarded as a positive test resulting in disciplinary action including possible dismissal.

An employee was  required to submit to a random drug screening by the provision of a urine sample. It was alleged that after the testing some of the urine samples of the workers had become diluted, and a further drug screening process was ordered by management. The employee initially consented to a further urine test, but when he was instructed the second screening would be via a blood test, he failed to attend the clinic and otherwise refused. He was dismissed for failing to comply with a direction to attend the clinic for the drug test notwithstanding that the employer’s drug and alcohol policy did not expressly refer to screening by blood tests.

In arriving at its decision to the effect that the dismissal was unfair, the Fair Work Commission concluded about the drug and alcohol policy, and its implementation, that:

“I find that Mr Green refused to participate in a blood test but offered to undertake a urine test.

Lincon had previously used urine tests to administer the Policy including during the first test, and appears to have departed from that process. The evidence before me is that the urine collection process used on the first test was closely monitored. That is not to say that it was impossible for sample substitution to occur. I note that whilst the person who administered the tests believed that sample colour was such that she thought it was a diluted sample, there was no suggestion that the sample was beyond the applicable temperature range or creatinine level, which could suggest it was not genuine.

No satisfactory explanation has been provided as to why a blood test, as opposed to a less invasive test, was required.

Accordingly the Commission found that the employer’s direction to its employee to undergo a blood test was not expressly permitted by the drug and alcohol policy and was therefore not a reasonable direction. The employee was awarded compensation of ten weeks’ pay, less some post dismissal earnings.