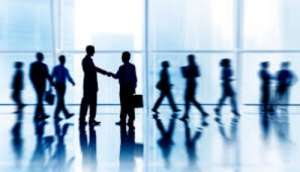 In a generic sense, an employment contract is an industrial instrument because it defines rights and obligations in the same way as do modern awards and enterprise agreements. The issue of the interpretation of an industrial instrument is a daily legal dispute with which the Fair Work Commission and other employment and industrial tribunals must deal. The issue arises in denied contractual benefit claims, common law claims for breach of employment contracts, denied statutory entitlements claims by the Fair Work Ombudsman and of course in cases expressly brought to resolve differences of opinion about the meaning of clauses in modern awards and enterprise agreements.

Here the basic principles of contested interpretation of such instruments is expressed.

It is trite that narrow or pedantic approaches to the interpretation of an award are misplaced. The search is for the meaning intended by the framer(s) of the document, bearing in mind that such framer(s) were likely of a practical bent of mind: they may well have been more concerned with expressing an intention in ways likely to have been understood in the context of the relevant industry and industrial relations environment than with legal niceties or jargon. Thus, for example, it is justifiable to read the award to give effect to its evident purposes, having regard to such context, despite mere inconsistencies or infelicities of expression which might tend to some other reading. And meanings which avoid inconvenience or injustice may reasonably be strained for. For reasons such as these, expressions which have been held in the case of other instruments to have been used to mean particular things may sensibly and properly be held to mean something else in the document at hand.”