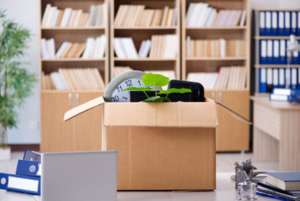 Often there is controversy about whether or t the person making the application has, or has not, been dismissed.  For example the employer may assert that the person resigned. This raises the issue of whether an employer may avoid having the Commission programming and dealing with the dispute where it contends that there has been no dismissal.

“Does the Commission need to be satisfied that Mr Milford was dismissed?

Coles submit that the Commission needs to be satisfied that an applicant making an application pursuant to s.365 of the Act has been dismissed and that Mr Milford was not dismissed. 40

Mr Milford responds that this is not correct on the authority of the Full Bench in the decision Ms Delwyn Hewitt v Topero Nominees Pty Ltd T/A Michaels Camera Video Digital (Topero). 41

Coles submit that care needs to be taken in applying the reasoning in Topero. This is because it was decided prior to an amendment to s.369 the Act that now allows a general protections application to be determined by the Commission by arbitration if the parties consent.

Coles refers to the decision Hazledine v Wakerley (Hazledine) 42 in support of this argument where the Full Bench made the observation that “it is relevant to note that Topero was decided prior to the 1 January 2014 amendments to the Act, which provided for consent arbitration by the Commission of s.365 applications.”43

The Full Bench in Hazeldine went on to express agreement with the analysis by Deputy President Gostencnik in Alex v Costco Wholesale Australia regarding the distinction between a jurisdictional challenge of the type considered in Topero and the contention that an application is statute barred by effect of s.725: 44

“… Here we are not concerned with whether any of the constituent elements of a cause of action under Part 3-1 of the Act are established. Rather we are concerned with whether an application under s. 365 of the Act may be made to the Commission given the prohibition in s. 725. That question goes to the jurisdiction of the Commission to deal with this application under s. 365. It does not go to any question that will determine any legal rights that the Applicant might have under Part 3-1 of the Act…” 45

In light of this I consider that the reasoning in Topero remains relevant notwithstanding the amendment to the Act. The Full Bench in Topero said:

“For the reasons given we do not accept that the Commission needs to be satisfied that the applicant has been ‘dismissed’ from their employment before holding a s.368 conference. It is sufficient that the Commission has before it an application that on its face alleges a dismissal in contravention of Part 3-1.” 46

The Full Bench in Topero contemplates the relevance of the applicant being dismissed in relation to a determinative proceeding. At that time the Full Bench was referring to a court proceeding but the reasoning could equally apply to a proceeding conducted by the Commission.

“A s.365 general protections court application founded upon an alleged dismissal of an employee which did not in fact involve a dismissal (within the meaning of s.365) (as the respondent contends in this case) would have no reasonable prospect of success, but despite this s.370 provides that the Commission’s role is limited to the provision of advice – no determinative role is envisaged. The s.365 application cannot be dismissed for the reason that it has no reasonable prospect of success, because this is prohibited by s.587(2)(b)…….

Accordingly I consider that it is not necessary to make a finding concerning whether Mr Milford was dismissed. However it is necessary to determine the date that the 21-day time period commenced (the relevant date) for the purpose of s.366(1) of the Act which provides:

An application under section 365 must be made:

(a) within 21 days after the dismissal took effect; or

(b) within such further period as the FWC allows under subsection (2).

I consider that the relevant date for the purpose of s.366 of the Act is the date that the employment relationship between Mr Milford and Coles ended.”