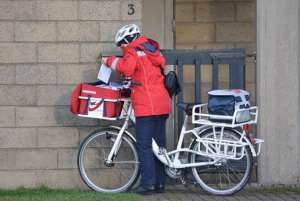 There is no general rule that an employee’s employment may not be terminated whilst the employee is taking personal leave.

“It seems to me that, in the absence of evidence of a contrary intention, it should usually be inferred that the employer intended the termination to take effect immediately. This conclusion not only reflects the more accurate meaning of the phrase “payment in lieu of notice”; it accords with common sense. An employer who wishes to terminate an employee’s services, and is prepared to pay out a period of notice without requiring the employee to work, will surely wish to end the relationship immediately. If the employee is not to work, there is no advantage to the employer in keeping the relationship alive during the period for which payment is made; and there is the disadvantage that the employer will be burdened with employment related costs, such as workers’ compensation insurance, payroll tax, liability for leave payments etc. The employer also incurs the risk that some new burden will be imposed in respect of the employment during the period.”

[59] The Full Bench in Ayub at [19] stated that termination would take effect when communicated to the employee subject perhaps to the additional requirement that the amount in lieu of notice has actually been paid to the employee. [my emphasis]. I do not consider the Full Bench to mean that in every circumstance it would be a condition on the payment having been made to the employee on the same date as notified to render that date the termination date. I consider that there is appropriate discretion to consider when the payment was made, but that it need not always be made on that specific date.

[60] In these circumstances, the termination payment was made on the next payment date for the Pharmacy. In the circumstances, I do not consider that remarkable, and do not agree with Ms Ryan that it leads to a conclusion that her employment ended on 25 February 2019.

[61] In a Full Bench decision in 4 yearly review of modern awards – Payment of wages [2018] FWCFB 3566 at [119], a provisional view was held that the Pharmacy Industry Award 2010, together with 85 other modern awards would be amended to include the following model term:

“X. Payment on termination of employment

(a) The employer must pay an employee no later than 7 days after the day on which the employee’s employment terminates:

(i) the employee’s wages under this award for any complete or incomplete pay period up to the end of the day of termination; and

(ii) all other amounts that are due to the employee under this award and the NES.

(b) The requirement to pay wages and other amounts under paragraph (a) is subject to further order of the Commission and the employer making deductions authorised by this award or the Act.

Note 1: Section 117(2) of the Act provides that an employer must not terminate an employee’s employment unless the employer has given the employee the required minimum period of notice or “has paid” to the employee payment instead of giving notice.

“[6] We do not propose to vary the Alpine Resorts Award 2010, the Pharmacy Industry Award 2010 or the Rail Industry Award 2010, at this time. A statement will be issued shortly regarding the next steps in respect of these awards. In respect of the remaining 83 modern awards that do not presently specify a time period within which termination payments are to be made we confirm our provisional view and will accordingly vary these modern awards to insert the model term.”

[63] Accordingly, the Pharmacy Industry Award 2010 remains silent on the issue of when a termination payment is required to be made.

[64] The surrounding circumstances of Ms Ryan being on personal leave on the day that she was notified of her dismissal could be said to be unfortunate, however it is not a relevant consideration in terms of whether Ms Ryan met the minimum employment period. I do not accept Ms Ryan’s submission that she could not have been dismissed while on personal leave. There is certainly a provision in the Act to render unlawful the termination of an employee due to a short term illness or injury; however that is not the consideration before the Commission at this time.”