Dismissal unfair but not unjust or unreasonable 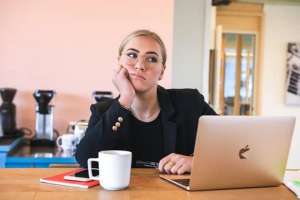 In an unfair dismissal cased, it is often the case that an employer may fail to establish that a dismissal was a genuine redundancy (for example in the following case because the employer did not comply with the consultation obligations of an applicable award) but be able to show to the Fair Work Commission that despite the lack of consultation the dismissal was not relevantly unfair, for example because the required consultation would not have changed the position to the advantage of the employee.

Furthermore, in such a circumstance the Commission might conclude that the dismissal was relevantly unfair because of the manner in which the employment was terminated. Or, as here that the termination of employment was not unreasonable or unjust, but was unfair. As strange as that sounds, it is the case. Here is a portion of a decision which reaches just that result.

Was the dismissal unfair?

[15] Section 387 states that in considering whether it is satisfied that a dismissal was harsh, unjust or unreasonable, the Commission must take into account the matters in subsections 387(a) to (h).

[16] In circumstances of dismissal for reason of redundancy, no relevant finding can be made in relation to the consideration in s 387(a), namely whether there was a ‘valid reason for the dismissal related to the person’s capacity or conduct’. The company does not contend that there was any valid reason for dismissal related to Ms Miller’s capacity or conduct. Rather, its reliance on redundancy as the reason for dismissal is to be considered in connection with s 387(h), ‘any other matters the Commission considers relevant’, to which I shall return below.

[17] Similarly, the considerations in ss 387(b) and (c) are not material in the present case. They concern whether the employee was ‘notified of that reason’ (i.e. the valid reason in 387(a)), and whether the person was given an opportunity to respond to any reason related to capacity or conduct. It is relevant to consider whether the person was notified of the reason for dismissal or afforded an opportunity to respond to it, but under s 387(h).

[18] The consideration in s 387(d) is whether there was ‘any unreasonable refusal by the employer to allow the person to have a support person present to assist at any discussions relating to dismissal.’ There were no relevant discussions in this case.

[20] The Commission is required to consider the degree to which the size of the employer’s enterprise, and the degree to which the absence of dedicated human resources specialists or expertise in the enterprise, would be likely to impact on the procedures followed in effecting the dismissal (ss 387(f) and (g)). I note that the company is a small business employer, and that this likely affected its approach to the dismissal of Ms Miller. I take this into account.

[21] Then there is s 387(h), ‘any other matters that the FWC considers relevant’. My findings in relation to the ‘genuine redundancy’ jurisdictional objection are relevant to the question of whether the dismissal was unfair. The company did not need Ms Miller’s role to be undertaken by anyone. It still needed cashier / assistants, but fewer of them. I consider that Mr Allan’s decision to make the position redundant was a legitimate reason to end the employment in the circumstances. The fact that the dismissal was not a ‘genuine redundancy’ for the purposes of the jurisdictional objection does not mean that the dismissal was not a real redundancy. Mr Allan selected Ms Miller and a second employee for redundancy because he considered them to be the least reliable. But this does not detract from the fact that there was a legitimate business reason for the dismissal. Ms Miller’s dismissal for redundancy in the present circumstances occurred for a good reason. I take this into account in my consideration of s 387(h). It is a consideration that tells against a finding that the dismissal was unfair.

[22] It is also relevant to consider Ms Miller’s contention that she could have been redeployed instead of being made redundant. However, the company is a small business, and in the context of a decision to reduce staff in response to a downturn in business, it seems unlikely to me that redeployment would be realistic. There was no evidence of any other work that Ms Miller could have performed.

[23] It is important to consider the manner in which Ms Miller’s employment was terminated. She was entitled under the Award to be properly consulted about her redundancy, in the manner contemplated by the Award. This did not occur. The process leading to Ms Miller’s dismissal (to the extent there was any process) was deficient, because the company did not comply with the requirements of clause 32 of the Award. Further, Ms Miller did not receive a proper explanation of the reasons for her dismissal. She was told, in a text message, that the shop hours were reducing. This did not make sense to Ms Miller as a reason for her dismissal, because the reduction in hours was small. The real reason was that there was less work for employees to do, and a need to reduce costs. Further, the reason Ms Miller was selected for redundancy was connected to the company’s assessment of her reliability. The company should have explained these things to Ms Miller.

[24] Ms Miller received no notice of termination, and was only belatedly paid the amount in lieu of notice required by the Act. Ms Miller’s employment was ending in difficult economic times, which could present challenges to finding a new job. Indeed, it has transpired that Ms Miller has not been able to find another job despite applying for many. If the Award consultation provisions had been followed, Ms Miller would have had at least some actual notice of the termination of her employment, and could have begun to look for new work from the position of still being employed. She would also have had time to reflect on her position and make informed decisions about her next step. In my opinion, because of the business circumstances of the company at the time, its decision to dismiss Ms Miller was not unreasonable or unjust. However, in the circumstances of this case, including in particular the company’s failure to comply with the consultation provision in the Award, the dismissal was unfair.

[26] Section 392(2) provides that in determining an amount of compensation, the Commission must take into account all the circumstances of the case, including the matters in ss 392(a) to (g). The principles that apply to the question of how compensation should be calculated are well-established. The method for calculating compensation under s 392 of the Act is informed by the decision of the Full Bench in Bowden v Ottrey Homes Cobram and District Retirement Villages Inc [2013] FWCFB 431.

[27] As to the consideration in s 392(2)(a), there is no evidence as to the company’s current financial situation, and I would not conclude than an order for compensation might affect its viability. As to Ms Miller’s length of service (s 392(2)(b)), I note that she had worked for the company for nearly a year and a half.

[28] Section 392(2)(c) of the Act requires the Commission to take into account the remuneration that the person would have received, or would have been likely to receive, if the person had not been dismissed. The Commission must consider what would have occurred if the person was not dismissed, and in particular how long the person would have remained employed. This is a hypothetical scenario which cannot be described with certainty. However, given the 20 percent downturn in business, and the fact that the company had decided to make three positions redundant including Ms Miller’s, I consider it likely that if Ms Miller’s employment had not been terminated on 11 May 2021, it would have been terminated a short time later. I assess this hypothetical situation from an assumption that any subsequent dismissal would have occurred according to law. If the Award had been observed, the company would have properly consulted with Ms Miller about her redundancy, including by providing her with information in writing about her redundancy and the reasons for it, as contemplated by clause 32. I consider that this would have taken not more than one week.

[29] For the purposes of calculating one week’s pay, I note Ms Miller’s evidence, which was not contradicted by the company, that she was paid $21.00 an hour. I accept Ms Miller’s evidence that at the time of her dismissal she had been working 30 hours a week. This produces a figure for one week’s pay of $630. To this I will add 9.5% in respect of superannuation, which is $59.85, resulting in a sum of $689.85. I accept Ms Miller’s evidence about her efforts to obtain employment since her dismissal, and in particular that she has applied unsuccessfully for many jobs. She has taken appropriate steps to mitigate the loss suffered from her dismissal. No deductions should be made from the amount I have identified.

[30] I am satisfied that a remedy should be ordered in this matter. Reinstatement is inappropriate, but compensation is appropriate in the circumstances. I will order compensation to be paid to Ms Miller in the amount of $689.85, with deduction of any taxation required by law. This amount is to be paid by the company to Ms Miller within 28 days.

[32] Finally, Ms Miller contended that during her employment she was underpaid. However, the Commission has no power to determine underpayment claims. Such claims must be brought in a court.

[33] An order giving effect to this decision is separately issued in PR732787.