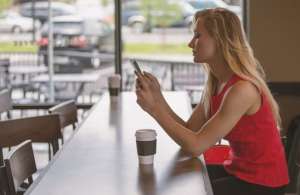 At a certain intellectual level, the proposition that a decision by an employer to not offer further hours of work to a casual employee who had made a contract with the employer to only work hours as and when offered to the employee, might constitute a dismissal, is odd. However that an employee who comes over time to have an expectation of casual work on a regular and systematic basis may pursue an unfair dismissal claim arises from the provisions of the Fair Work Act.

“To find that a casual employee who is within the scheme of the unfair dismissal provisions in Part 2-3 of the Act, could not be dismissed in circumstances where hours which that employee had been regularly and systematically rostered to work were removed by the employer, in circumstances where such conduct if perpetrated against a weekly employee would constitute dismissal, would also defeat the operation of those legislative provisions. An employee who has been dismissed and who is covered by the legislative scheme dealing with unfair dismissal is entitled to pursue an unfair dismissal application. The nature of the contract may be relevant to whether the dismissal is unfair but it is not determinative of whether the application can be made at all. Whether or not such conduct amounts to repudiation of an employment contract in the case of a casual employee is not determinative of whether the conduct of the employer ended the employment relationship with that casual employee so that the employee was dismissed. It is also possible that a casual employee can be employed under a continuous contract of employment which can be repudiated by the employer so that acceptance of the repudiation ends the employment relationship at the initiative of the employer.

As the Applicant in the present case aptly expressed the matter, the fact that an employee is casual does not give the employer a right to treat that employee unfairly. If the employer’s treatment of an employee is unfair to the extent that it repudiates or brings about the end of the employment relationship, and the casual employee is a person protected from unfair dismissal, then that employee is entitled to seek a remedy and to have the fairness of the dismissal tested against the legislative framework.

In the present case I have considered the ending of the employment relationship between the Applicant and the Respondent in the context of both repudiation and constructive dismissal. On the basis of the evidence before me I am satisfied and find that the Applicant was a casual employee with a continuing contract of employment. This is evidenced by the fact that the Applicant was rostered to work at the Mine for a 12 month period and was specifically named on the roster as being assigned certain shifts. This goes beyond mere expectation that he would be provided with shifts. It is not a case where the only expectation that the Applicant could reasonably have had is that he would be offered work when and if the Respondent required his services.”