Dismissal or resignation; you be the judge 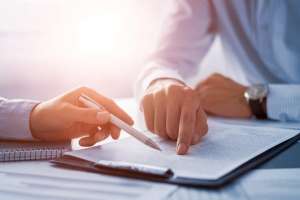 Here is a passage from one of the very rare cases in which an employee has succeeded in demonstrating in an unfair dismissal case that he was dismissed because there was no voluntary resignation by him in the context of reasonably passive and unequivocal conduct by the employer.

[36] The question of when a person has been dismissed is governed by s 386 of the Act:

[38] The employment relationship, in Australia, operates within a legal framework defined by statute and by common law principles, informing the construction and content of the contract of employment. 9

[44] The text messages Mr Harvey sent to Ms Turton on the evening of 18 February 2021 are in a similar category to what he said on 15 February 2021. He stated in his first text message that he would “be handing in resignation letter tomorrow” and 20 minutes later retracted that statement of intent by informing Ms Turton that he had “been told not to quit so I will be into work as per normal”. Mr Harvey then attended for work at the commencement of his shift at 5:30pm on 19 February 2021. In short, Mr Harvey’s communications and conduct would not have led a reasonable person to believe or understand that Mr Harvey had resigned.