Dismissal may be fair despite lack of consultation 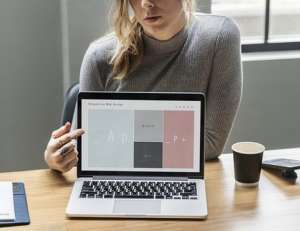 It is reasonably well known that one of the statutory requirements of a genuine redundancy is that the employer must have complied with the requirements of any applicable enterprise agreement or modern award. Thus an employer who has failed to meet any such requirement will not be able to access the jurisdictional defence of genuine redundancy but that does not mean that the dismissal will a fortiori be unfair as the following extract from a Fair Work Commssion case shows.

“The significant matter that possibly tells in favour of a conclusion that the dismissal was harsh, unjust or unreasonable is Oxford’s failure to fully comply with the consultation provisions contained in the Award. The usual rule is that consultation must not be perfunctory advice about what is about to happen (and this is what occurred in the present matter). The exception to the usual rule arises in circumstances where consultation is highly unlikely to negate the operational reasons for the dismissal or lead to any other substantive change. In those circumstances the failure to consult may not be so strongly considered by the Commission in determining whether it was an unfair dismissal.

A failure to consult in accordance with the relevant industrial instrument does not necessarily mean a retrenchment was harsh, unjust or unreasonable. 27

“In my view a decision to dismiss on account of redundancy will only be harsh, unjust or unreasonable if the rationale for the decision is seriously undermined or if there is a serious error in procedure such that renders the termination unfair in the circumstances … The failure to consult is not a trivial matter. But as it is clear that consultation was highly unlikely to have negated the operational reasons for the dismissal or lead to any other substantive change, I do not believe that the failure to consult prior to the date of termination rendered the dismissal unfair. Given the evidence in relation to the operational need to restructure, I am of the view that it is likely that Mr Maswan would have been dismissed in any event, even if timely consultation had occurred.”

Mr Rados failed to fully comply with the consultation provisions set out in the relevant Award. I am satisfied that he did so as a consequence of a lack of human resource expertise. There is no evidence that compliance with the consultation provisions would have led to any different outcome. Mr Rados took a variety of steps to avoid the redundancies. He explained in detail the steps he had taken and the reasons why he believed the retrenchment was necessary. He endeavoured to assist Mr Arnold secure alternative employment including offering to provide a reference.

Having regard to all the evidence before me, while Mr Rados should have more fully consulted with Mr Arnold, I am not satisfied that the failure to meet the consultation obligation in the Award is significant in the overall context of determining whether the termination was harsh, unjust or unreasonable. I find that more extensive consultation would not have altered the outcome arrived at by Oxford. The absence of consultation in accordance with the Award means the redundancy was not a “genuine redundancy”, but it was not so serious a procedural deficiency to support a conclusion that the dismissal was harsh, unjust or unreasonable.”