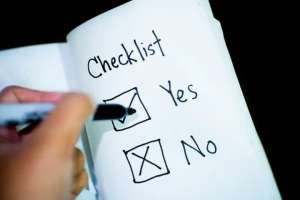 The Fair Work Commission will generally support the fairness of the dismissal of an employee where the employer can demonstrate that the employee cannot meet the inherent requirements of the job. Here is a good example of the legal principles at play.

“There are a number of Full Bench decisions which have considered whether an employee’s dismissal, within the meaning of s 387 of the Act, based on an inability to perform the inherent requirements of the job, due to a medical condition or injury, constitutes a valid reason for dismissal; see: Ermilov v Qantas Flight Catering Pty Ltd PR956925; Boag; Ambulance Victoria v Ms V [2012] FWAFB 1616; Birdi v Rail Corporation New South Wales t/a RailCorp NSW [2012] FWAFB 1404; Jetstar Airways Pty Limited v Neeteson-Lemkes [2013] FWCFB 9075 (‘Jetstar’); Lion Dairy and Drinks Milk Limited v Norman [2016] FWCFB 4218; TNT Australia Pty Ltd t/a TNT v Martin [2017] FWCFB 1510; and CSL Limited t/a CSL Behring v Papaioannou [2018] FWCFB 1005 (‘CSL Behring’). The decision in Boag is the one most frequently cited, and I also intend to do so. At [21]-[27], the Full Bench said:

‘[21] The appellant further argued that the Commissioner placed particular reliance upon the view of Dr McDonough that “a slow, partial return to some duties may be possible”, and the view of Associate Professor Mendelson that she should “resume duties on a gradual basis following an appropriate period of training and under a period of supervision”. It argued that the Commissioner’s reasoning was essentially that the medical assessments provided optimism that the respondent may be capable of working in a modified position, rather than the actual job which she had previously held.

[22] When an employer relies upon an employee’s incapacity to perform the inherent requirements of his position or role, it is the substantive position or role of the employee that must be considered and not some modified, restricted duties or temporary alternative position that must be considered.
[23] In X v Commonwealth  the High Court was concerned with an allegation of discrimination on the grounds of disability contrary to the Disability Discrimination Act 1992 (Cth) by a soldier who had been dismissed from the army on account of being HIV positive. Section 15(4) of that Act contains an exemption from liability if the person “would be unable to carry out the inherent requirements of the particular employment”. Gummow and Haynes JJ addressed the notion of “inherent” requirements:

“A practical method of determining whether or not a requirement is an inherent requirement, in the ordinary sense of that expression, is to ask whether the position would be essentially the same if that requirement were dispensed with.” [ibid. at 295]”

[25] In Qantas Airways Ltd v Christie  Gaudron J, with whom Brennan CJ agreed, noted that the expression “inherent requirements”, in its natural and ordinary meaning “directs attention to the essential features or defining characteristics of the position in question.” Her Honour noted:

“[33] There may be many situations in which the inherent requirements of a particular position are properly identified as the characteristic tasks or skills required for the work done in that position. But that is not always so. In the present case, the position in question is that of captain of B747-400 aircraft flying on Qantas’ international routes, a matter as to which there is no real dispute between the parties. To identify the inherent requirements of that position as “the characteristic tasks or skills required in being a pilot”, as did Marshall J in the Full Court, is to overlook its international character.
[34] Moreover, the international character of the position occupied by Mr Christie cannot be treated as irrelevant simply because it derives from his contract of employment or from the terms and conditions of the industrial agreements which have, from time to time, governed his employment with Qantas. It is correct to say, as did Gray J in the Full Court, that an inherent requirement is something that is essential to the position. And certainly, an employer cannot create an inherent requirement for the purposes of s 170DF(2) by stipulating for something that is not essential or, even, by stipulating for qualifications or skills which are disproportionately high when related to the work to be done. But if a requirement is, in truth, essential, it is irrelevant that it derives from the terms of the employment contract or from the conditions governing the employment relationship.”

[26] Gaudron J also noted that the fact that a requirement is stipulated in an employment contract does not, of itself, direct an answer one way or another as to the question whether it is an inherent requirement of the particular position in question.
[27] McHugh J drew attention to the distinction between an employee’s job and their position:

“[72] In my opinion, however, there is a distinction between a person’s job and a person’s position and that distinction may sometimes prevent the Convention jurisprudence on Art 1(2) from being applicable. The term “a particular job” in Art 1(2) of the Discrimination Convention has been construed by reference to the preparatory work and the text of the Convention to mean “a specific and definable job, function or task” and its “inherent requirements” those “required by the characteristics of the particular job”[66]. A person’s job is therefore primarily concerned with the tasks that he or she is required to perform. No doubt the term “job” is often used to signify a paid position of employment. But in the context of determining the requirements of a job, it seems more natural to regard the term as referring to particular work or tasks that the person must perform. A person’s position, on the other hand, is primarily concerned with the level or rank from which he or she performs those tasks. Position concerns rank and status. What is required of a person’s position, however, will usually require an examination of the tasks performed from that position. That is because the capacity to perform those tasks is an inherent requirement of the particular position.
[73] In most cases, the distinction between the requirements of a position and the requirements of a job will be of little significance. But it is a mistake to think that there is no distinction between “a particular position” and “a particular job”. In some cases the distinction between the inherent requirements of a particular position and those of a particular job, although subtle, may be material. This is often likely to be the case where qualifications are concerned, particularly those qualifications that are not concerned with the physical or mental capacity to perform the tasks involved in the position. Thus to be an American born citizen is an inherent requirement of the position of President of the United States, but it is not an inherent requirement of the “job” of President if that term refers to the work done by the President.”’

[235] Importantly, the Full Bench decision in Jetstar makes clear that the decision of the employer to dismiss an employee on capacity grounds, is to be assessed on the material available to the employer ‘at the time of dismissal’ and not some uncertain, indefinite, speculative time in the future. So much so is clear from the following passage in Jetstar at [55]:

‘However, it is well-established that, although the validity of a reason for dismissal may be determined by reference to facts discovered after the dismissal, those facts must have existed at the time of dismissal. Thus in Dundovich v P&O Ports – a case which concerned the dismissal of an injured employee who was dismissed because, for the foreseeable future, he would not be able to perform all the duties of his position – a Full Bench of the Commission found that it was necessary to take into account a court judgment that the employee’s injury was work related, even though that judgment post-dated the dismissal, because the judgment was declaratory of facts and legal rights in existence at the time of dismissal.’(my emphasis)