Discrimination at work; when is it lawful? 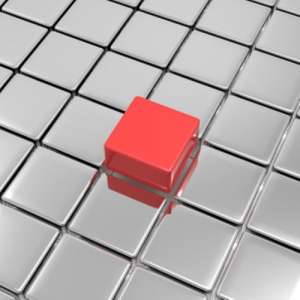 Exceptions to discrimination at work

The prohibition in s.351 does not apply to action which is:

 based upon the inherent requirements of the particular position concerned, or

 action taken against a staff member of an institution conducted in accordance with a religion or creed, where the action is taken in good faith and to avoid injury to the religious susceptibilities of adherents of that religion or creed.

Not unlawful under any anti-discrimination law

The operation of s.351 is limited by reference to exceptions derived from anti-discrimination legislation.

A person needs to be covered by either the Commonwealth law or applicable State or Territory Law for the protection to apply.

The only exclusion of this type is for people in New South Wales and South Australia who are seeking protection on the grounds of ‘Religion’ or ‘Political opinion’—neither State’s law provide that discrimination on these grounds is unlawful and there is no Commonwealth law which provides protection for these grounds. As a result a person in New South Wales or South Australia would not be eligible to make a general protections application in respect of adverse action taken on the grounds of ‘Religion’ or ‘Political opinion’.

HOWEVER these persons would be eligible to make an application for Unlawful Termination instead if the adverse action was constituted by a dismissal, as ‘Religion’ and ‘Political opinion’ are expressly covered and these protections extend to ALL Australian workers.

Inherent requirements of the position

The expression ‘inherent requirements’ is to be given its natural and ordinary meaning. That meaning directs attention to the essential features or defining characteristics of the position in question.

An inherent requirement is something essential to the position, rather than something added to it.

What is an inherent requirement will usually depend upon the way in which the employer has arranged its business. Only those requirements that are essential in a business sense or in a legal sense can be regarded as inherent in the particular employment.