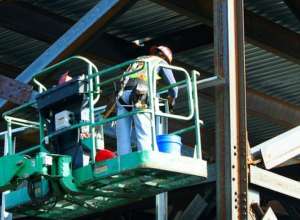 There is a fine distinction between adverse action and discrimination, and the inter relationship between the two statutory concepts is explained in this excellent extract from a recent decision of the Federal Court in a general protections’ case.

(a)          a complaint is a communication which, whether expressly or implicitly, as a matter of substance, irrespective of the words used, conveys a grievance, a finding of fault or accusation;

(b)          the grievance, finding of fault or accusation must be genuinely held or considered valid by the complainant;

(c)          the grievance, finding of fault or accusation need not be substantiated, proved or ultimately established, but the exercise of the workplace right constituted by the making of the complaint must be in good faith and for a proper purpose;

(d)          the proper purpose of making a complaint is giving notification of the grievance, accusation or finding of fault so that it may be, at least, received and, where appropriate, investigated or redressed. If a grievance or accusation is communicated in order to achieve some extraneous purpose unrelated to its notification, investigation or redress, it is not a complaint made in good faith for a proper purpose and is not within the ambit of s 341(1)(c)(ii);

(e)          a complaint may be made not only to an external authority or party with the power to enforce or require compliance or redress, but may be made to persons including an employer, or to an investigator appointed by the employer;

(f)           a complaint that an employee is able to make in relation to his or her employment is not at large, but must be founded on a source of entitlement, whether instrumental or otherwise; and

(g)          a complaint is limited to a grievance, finding of fault or accusation that satisfies the criteria in s 341(1)(c)(ii) and does not extend to other grievances merely because they are communicated contemporaneously or in association with the complaint. Nor does a complaint comprehend contemporaneous or associated conduct which is beyond what is reasonable for the communication of the grievance or accusation.

Paragraph (a) covers termination of employment; par (b) covers injury of any compensable kind; par (c) is a broad additional category which covers not only legal injury but any adverse affection of, or deterioration in, the advantages enjoyed by the employee before the conduct in question.

The words ‘injure in his employment’ are in the context of s.5 words of wide import. I do not regard them as referring only to financial injury or injury involving the deprivation of rights which the employee has under a contract of service. They are, in my view, applicable to any circumstance where an employee in the course of his employment is treated substantially differently to the manner in which he or she is ordinarily treated and where that treatment can be seen to be seen injurious or prejudicial.

However, that expression seems to have been more narrowly construed in Patrick Stevedores.

The authorities thus establish that a prejudicial alteration to the position of an employee may occur even though the employee suffers no loss or infringement of a legal right. It will occur if the alteration in the employee’s position is real and substantial rather than merely possible or hypothetical.

Adverse action taken because the person has exercised, or proposed to exercise, a workplace right

Ÿ           That question is to be answered having regard to all the facts established in the proceeding.

Ÿ           It will be “extremely difficult to displace the statutory presumption in s 361 if no direct testimony is given by the decision-maker acting on behalf of the employer.”

Ÿ           If, however, the decision-maker’s testimony is accepted as reliable it will be capable of discharging the burden imposed on the employer by s 361.

The orthodox approach to dealing with allegations of adverse action said to be engaged in “because” of a particular circumstance requires the party making such an allegation to establish the existence of the circumstance as an objective fact.  If an applicant, on the whole of the evidence, establishes, to the Briginshaw standard, that the elements of a particular contravention (other than the reasons for the respondent taking action) exist and if the respondent wishes to avoid an adverse finding in respect of the alleged contravention the respondent will bear the onus to establish, on the balance of probabilities, that he or she had not acted for any proscribed reason. As has already been noted above, s 360 contemplates that there might be multiple reasons for a respondent taking action to the prejudice of the applicant. A reason will not be proscribed unless it is “a substantial and operative factor” in the respondents’ reasons for taking the adverse action.

(2)          the use of unlawful, illegitimate or unconscionable means in relation to the exercise, non-exercise or proposed exercise, of a workplace right.

What is required is an intent to negate choice, and not merely an intent to influence or persuade or induce. Coercion implies a high degree of compulsion, at least in a practical sense, and not some lesser form of pressure by which a person is left with a realistic choice as to whether or not to comply.

First it needs to be shown that it was intended that pressure be exerted which, in a practical sense will negate choice.

The expression “the intent to coerce” should be construed as requiring something more than a mere inducement to comply. The term “coercion” connotes something akin to the use of force, or at least threat of harm to the interests of another.

an unconscientious taking advantage by one party of some disabling condition or circumstance that seriously affects the ability of the other party to make a rational judgment as to his or her own best interests.

[157]         The notion of unconscionability, as imposing a standard of right behaviour formed around conscience, will take its content from the values and expected conduct in an industrial setting. It is a word best understood in its practical application to real life settings where there can be an articulation and expression of why, in an employment and industrial context, the pressure sought to be exerted should be ascribed such a description of departing from right behaviour.

[158]         Although illegitimacy can be seen to be a similar conception to unconscionability as a word connoting a degree of right behaviour, illegitimacy has emerged (rightly or wrongly) as its own separate category of behaviour…

[159]         The notion of proportionality has been said to inform the concept of illegitimacy, in an assessment whether there is a reasonable or justifiable connection between the nature of the demand made and the nature of the pressure exerted.

[115]         First, putting to one side whether any of the exceptions in s 351(2) apply, the Court’s task in determining the application of s 351(1) is to determine, on the balance of probabilities, why the employer took adverse action against the employee, and to ask whether it was for a prohibited reason or reasons which included a prohibited reason.

[116]         Secondly, where adverse action is taken as a result of a decision made by an individual within a corporation, the identification of the operative reasons for taking the adverse action turns on an inquiry into the mental processes of the relevant individual.

[117]         Thirdly, the object of that inquiry is to determine the actual reasons. These are determined from all of the facts and circumstances and inferences properly drawn from them. In light of s 361, one would ordinarily expect direct evidence from the individual responsible for the employer’s action as to their reasons for that action, which may properly include positive evidence that the action was not taken for a prohibited reason. Of course such statements must be assessed against all of the facts and circumstances…

[113]        Understood in its context, therefore, the purpose of the “carve-out” is simply to ensure that conduct which would not contravene the general anti-discrimination laws, including relevantly the Disability Discrimination Act, equally does not contravene the FW Act and thereby avoids a result whereby the FW Act imposed more onerous obligations upon an employer than those already imposed upon her or him under general anti-discrimination laws. It is, in other words, a limitation or a check upon the scope of the prohibition in s 351(1). In effect s 351 proscribes a “subset” of that which is proscribed under the Disability Discrimination Act.

[114]        The converse is not, however, true. It does not follow that conduct which contravenes the Disability Discrimination Act thereby also contravenes s 351(1) of the FW Act contrary to the assumption apparently made by the primary judge.

[154]        The respondent contended “discriminates” should be given the meaning which is attributed to it in anti-discrimination statutes—namely, less favourable treatment…

[155]        The respondent’s submissions did not grapple with indirect discrimination and how this would be encapsulated, given the rather tortured statutory definitions of that term…

[157]        In Pilbara Iron, Katzmann J observed (at [40]) that Item 1(d) speaks of discrimination occurring “between employees” and not “against” an employee, but concludes that, especially given the presence in Item 2 of the word “against”, there is no material difference. In the matter before her Honour, both parties accepted that “discriminate” should be construed as “treat less favourably”, so that her Honour did not have to decide this question. In contrast, the parties in this proceeding contended for different constructions…

[158]        The applicant submits “discriminates” in Item 1(d) should simply be construed as treating people differently. In this way, the attributes set out in s 351 then prohibit such different treatment by reference to a consideration irrelevant to the performance of an employee’s work…

[160]        I accept the applicant’s submission as a matter of construction in relation to Item 1(d)…In my opinion, the language in Item 1(d), and its use of the word “between”, suggests the conduct which is to be examined is the way in which the employer targets the particular employee. Is that employee treated differently from other employees? By s 351, the “irrelevant” reasons for the different treatment…are then specified. The inquiry is thus a straightforward one, to that point, and does look only for differential treatment, as the applicant submits.

[161]        However, the terms of s 351(2), read with subs (3), then must be applied. Those provisions expressly pick up the detailed regimes of each of the territory, state and federal anti-discrimination statutes. In other words, the requirements that there be “less favourable treatment”, the complicated requirements for indirect discrimination, and the exceptions for which each statute provides are, through these provisions, incorporated so as to limit the protections given by Div 5 of Part 3-1 of the Fair Work Act in a way which is intended to mirror the limits under those other legislative schemes. When read as a whole, s 351 and s 342(1) Item 1(d) will operate to render only conduct proscribed under other anti-discrimination regimes as conduct contravening s 351. That, in substance, is the outcome for which the respondent contended, although not because of the meaning of “discriminates” in Item 1(d) of s 342(1), but rather at the subsequent step of the application of the prohibition in s 351.