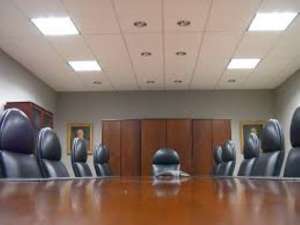 In the sometimes mysterious workings of the Fair Work Commission, there appears to be an increasing trend to resolve cases by the so called “determinative conference” rather than a hearing with the normal procedures for the provision of evidence and so on. Other than a brief extract from the Commission’s unfair dismissal benchbook (*see at the bottom hereof), there is precious little material available to practitioners to caste light on this secretive and somewhat unsatisfactory form of proceeding, but here is an extract from a recent case which is helpful.

“The application was subject to a determinative conference following consultation with the parties as contemplated by s.399 of the FW Act.

The determinative conference was conducted in a largely inquisitorial manner. Given the absence of external representation for either party, appropriate assistance or latitude was provided to facilitate the presentation of each case. 5 This included assisting each of the witnesses to confirm their primary written evidence (where such was provided) and, in the interests of fairness, having the parties give sworn evidence concurrently. Further, both parties were provided with relevant extracts of the legislation and submissions invited on each of the relevant considerations. However, the parties retained full responsibility for the conduct of their cases and the provision of relevant evidence to the Commission.

During the conference, it emerged that a number of relevant documents, which had not been provided to that point, were in the possession of Home Giraffe. These included the original contract of employment, the alleged police report, the letter of dismissal, and the email from the client which was said to alert the employer to the invoice in question.

At the end of the conference I indicated to the parties that once these were provided, and I had had an opportunity to review the documents, I would determine whether I would need to reconvene the determinative conference or simply allow the parties to file final written submissions. Those documents were subsequently provided and I determined that the determinative conference should be reconvened given some of the additional issues arising from them.”

A determinative conference is a proceeding which is conducted in private, and results in a decision.

In private means that members of the public are excluded. Persons who are necessary for the Commission to perform its functions are permitted to be present.384

A Commission member takes account of particular circumstances of the parties in conducting the arbitration by conference. In a matter where both parties are self-represented the matter will be listed for determinative conference unless the member decides otherwise.

While determinative conferences are held in private, the Commission will still publish its reasons for decision, including the names of the parties, on the Commission’s website (unless the Commission decides otherwise).

Determinative conferences may involve more informal procedures than in a hearing.”