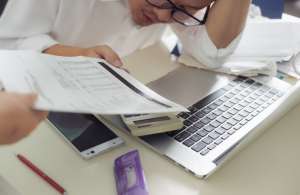 Accountant businessman working in office having a stress.

In these times of a generally difficult economic environment for most Australian employers, there is common pressure upon them to reduce their payroll, and one increasingly attractive way to potentially achieve this is to reduces wages. Another, although more isolated event, is to demote an employee. In what circumstances will this constitute a dismissal for the purposes of unfair dismissal laws?

There is a substantial distinction here between the common law and the Fair Work Act.

At common law any material unilateral diminution in the consideration for the provision by an employee of his or her services (ie working conditions including remuneration) will potential constitute a dismissal unless the contract allows for it. However the statutory positon under the Act is different Here it is explained.

“The preliminary issue to be considered in this case is whether the demotion of the Applicant, in itself, resulted in his dismissal by the Respondent.

Each of these cases had different facts, of course. However, it is clear that where a contract or industrial instrument has a provision allowing demotion, such a demotion is not a dismissal by the employer or a repudiation of the existing contract of employment. I note that, in these cases, the Applicant appears to have remained in employment. They did not retaliate by refusing to accept a proposed new contract of employment or resign.

Most recently, and relevantly, I was referred to two cases involving MSS Security Pty Ltd.

In Philip Moyle v MSS Security Pty Ltd [2015] FWC 8330 (Moyle) Senior Deputy President O’Callaghan considered s.386(2)(c) in the context of a demotion in salary and duties of Mr Moyle who still remained employed by MSS Security Pty Ltd performing the new duties. He concluded that there had not been a significant reduction in salary or duties. He decided that there had not been a repudiation of employment contract by MSS and therefore, there had been no dismissal.

On appeal the Full Bench (2016) FWCFB 372 decided that the Senior Deputy President’s interpretation of s.386(2) was incorrect. They stated:

[9] We accept Mr Moyle’s submission to this effect. Section 386(1) sets out a general definition of what constitutes a dismissal. Section 386(2) then sets out three sets of circumstances which, even if they fall within the general definition, are deemed not to be dismissals. These are, in effect, exceptions to s.386(1). The third of these exceptions, in s.386(2)(c), relates to demotions in employment. In order to fall within this exception – that is, for a demotion that otherwise constitutes a dismissal under s.386(1) to be deemed not to be a dismissal, both limbs of the exception must be satisfied, as Mr Moyle submitted. The construction adopted by the Senior Deputy President was, with respect, in error because it inverted the exception by making it necessary for an applicant to negative both limbs of the exception in order for the demotion to be a dismissal. This would have the perverse result that a demotion in employment could never constitute a dismissal, even where it is plain that the existing contract of employment has been terminated and replaced by a new and inferior contract, because the employee will necessarily have remained in employment with the employer and thus could not negative s.386(2)(c)(ii).

[10] The Full Bench decision in Barkla v G4S Custodial Services Pty Ltd 6 does not support the construction adopted by the Senior Deputy President. That decision was concerned with what constituted a termination at the initiative of the employer for the purposes of s.386(1)(a), not with the construction of the exception in s.386(2)(c).

[11] The approach taken by the Senior Deputy President to s.386(2)(c) involved an appealable error of law. We consider that it would be in the public interest to grant permission to appeal because the identified error is one that relates to a provision of general application to unfair dismissal cases. Permission to appeal will therefore be granted in accordance with s.400(1) and s.604(2) of the FW Act.”

The Full Bench, however, decided that Mr Moyle had not been dismissed. It held:

“[13] The approach taken by the Senior Deputy President to s.386(2)(c) involved an appealable error of law. We consider that it would be in the public interest to grant permission to appeal because the identified error is one that relates to a provision of general application to unfair dismissal cases. Permission to appeal will therefore be granted in accordance with s.400(1) and s.604(2) of the FW Act.”

The combination of the MSS contract of employment, Standard Conditions of Employment and the Security Services Industry Award 2010 led the Full Bench to conclude in paragraph [21]:

“In summary we consider that under the contract of employment MSS was entitled to require Mr Moyle to work in a security guard role at any site at which it held a security services contract (subject we think to an implied requirement of reasonableness as to the distance of the transfer), that he could be required to perform any security guard duties for which he was qualified and trained, and that he would be paid for that role and the required duties in accordance with the Award or any other applicable industrial instrument.”
. . .
[23] We do not consider that there was any repudiation of Mr Moyle’s contract of employment by MSS, and that it continued to operate in accordance with its terms after Mr Moyle’s transfer took effect. Therefore, there was no termination at the initiative of the employer under s.386(1)(a) and no dismissal.”

Commissioner Williams in Navdeep Singh v MSS Security Pty Ltd (2016) FWC 1857 (Singh) dealt with a demotion from a supervisory position in very similar terms to the current matter. Indeed, the contractual terms were exactly the same as in this matter, namely:

“Should you no longer be required to fulfil this role due to performance or client request, the terms of this contract will cease and you will transition to the conditions of the Security Industry Award 2010 or other agreement as applicable to the new site/position to which you are appointed.”

The Commission considered the decisions that I have referred to above and concluded:

[40] What Mr Singh argues is that the respondent has repudiated his employment contract. Whether there has been a repudiation is a question of fact. Not every breach of contract is a repudiation. A repudiatory breach does not automatically terminate the contract but confers an elective right of termination on the innocent party.”

He further summarised the Commission’s approach as:

“[46] The broader statement of principle identified by the Full Bench above is that a demotion of an employee by an employer which involves a significant reduction in remuneration that is not agreed to by an employee will not amount to a repudiation of the employment contract if it is authorised by a contract of employment, an applicable award or a certified/workplace agreement.”

Accordingly, it was decided that the action of the Respondent in changing the remuneration and duties of the Applicant was expressly authorised by the contract of employment and so did not constitute a dismissal under s.386(1) of the Act.”