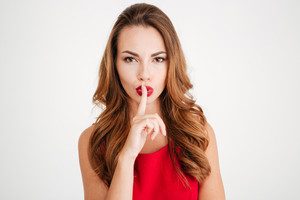 During my former career of 40 plus years as a practising lawyer, which ended in 2013 when I was recruited as an airline executive, I specialized in employment law. Hence my current business, which drives this web-site.  Like all environments where people spend time together, the workplace can sometimes be a tense, competitive and dare I say it catty place to be. It is by no means unusual for disputes between employees to arise despite the best efforts of the employer; and indeed without any cause being attributable to an employer. Some get out of hand and fed particularly by social media, can involve legal implications quite quickly, for example workplace bullying and harassment claims. My  experience as LEADR mediator is valuable in assisting workplace colleagues resolve disputes before they escalate for example into bullying case in the anti-bullying jursidiction of the Fair Work Commission.

There has been an interesting case about defamation in the workplace. The plaintiff brought an action in defamation in relation to an email disseminated on 18 July 2011. The plaintiff and defendant were both employed by the Department for Correctional Services (“DCS”) as correctional services officers and were working at the Adelaide Remand Centre at the time. The plaintiff alleges that the defendant published an email, from the plaintiff’s work email account, which was distributed to all of the people with email addresses at DCS and other government bodies.

The defendant denied sending the subject email but Judge Cole of the South Australian District Court found as fact that the defendant hijacked the plaintiff’s e-mail account and sent the e-mail out as if it had been published by the plaintiff. The court held that the defendant sent the subject email, and that although it conveyed an imputation that the plaintiff was homosexual, which was false, such an imputation in Australia in these contemporary times (following other authoritative decisions) is not defamatory. All the other imputations contended for by the plaintiff were held to be defamatory and to have been conveyed and the plaintiff was awarded damages for non economic loss of $75,000 and damages for economic loss at a sum yet to be determined.