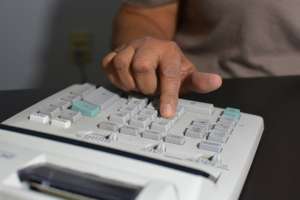 What follows is an extract from a recent decision of the Federal Circuit Court of Australia which deals with a relatively rare  award of damages for a breach of the general protections.

“Assessment of damages for general protections

Mr Pezzimenti’s employment was terminated when he was 61 years old.[86]  He had worked in his role with Rotary for approximately 11 years.  He is qualified as a certified practicing accountant but has not been employed since the termination.

Mr Pezzimenti’s claim for economic damages assumes that but for the termination of his employment on 30 June 2017 his employment would have continued until age 70.[87]

The governing consideration is what the Court considers “appropriate”.[90]

While the power is discretionary, the discretion falls to be exercised in the peculiar circumstances of each case.[91]

The Court will consider what would have been likely to occur had the Fair Work Act not been contravened.[92]  The assessment of compensation involves an assessment of what would or might have occurred in the absence of the contravention, taking into account the degree of probability of the effects.[93]

Section 545(2)(b) of the Fair Work Act provides that the Court may make an order awarding compensation for loss that a person has suffered because of a contravention. There must be an appropriate causal connection between the contravention and the loss claimed.[94]

In considering causation in the circumstances of a fraught employment relationship, it is appropriate to consider whether the employer would have in any event been entitled to exercise any lawful power it had to bring the employment contract to an end in a way most beneficial to itself.[95]

The only factual dispute in relation to damages is the period for which Mr Pezzimenti will be unemployed because of the termination of his employment for reasons, which include a proscribed reason.  As a result, Mr Pezzimenti submits that the annual figure in the schedule of damages, $205,342, should be multiplied by whatever period of unemployment this Court concludes was the probable result of the contravening conduct.

Another way of addressing the issue is to consider the period for which Mr Pezzimenti would have been employed by Rotary, but for the contravening conduct.  That is the approach preferred by Rotary.

Mr Pezzimenti contends that there is no principle of law that in the circumstance of a clearly fraught employment relationship it is appropriate to consider that the employer would have in any event been entitled to exercise any lawful power it had to end the employment contract in a way most beneficial to itself.  I accept that the question for this Court on the assessment of compensation is what would or might have occurred in the absence of the contravention, with the assessment being by way of the degree of probability of the various alternative outcomes.

That involves an assessment of the probabilities and possibilities of a counter-factual to the contravention as found.

This Court has found that Rotary is liable, hence it follows that by its contravening conduct, Rotary summarily terminated Mr Pezzimenti’s employment. That resulted directly in Mr Pezzimenti having to seek alternative senior managerial positions from a position of being unemployed because of his employment having been terminated for cause.  Given Mr Pezzimenti’s age, the result has been two years of failure to secure such positions.  The probability is that will continue indefinitely.  There is however a question whether Rotary would have terminated the employment in any event.

Mr Huerta did not give evidence addressed to that question.  Mr Switzer as Rotary’s Global Director of Human Resources, was the officer in a position to give authoritative evidence on that question.  Despite filing and serving an affidavit from Mr Switzer in the proceedings, Rotary did not call him.  His affidavit as tendered does not assist other than to confirm in general terms Rotary’s concerns about Mr Pezzimenti’s performance which were the cause of the PIP.

I  reject the contention by Rotary that had the employment relationship not been terminated on 30 June 2017, it would probably have ended within a “short time period” thereafter, for the following reasons:

iii)          no single reason was sufficient for such a termination and rather Mr Huerta relied upon all reasons which existed at 27 June 2017;[99]

While it is correct to say that in 2016 Mr Huerta had concerns about Mr Pezzimenti’s performance and competence, the nature of those concerns is important.  Mr Huerta described them in his affidavit.[101]  Mr Huerta hoped and expected that his concerns would be addressed. That evidence is reinforced as follows:

Further, as submitted by Mr Pezzimenti, the PIP identified both broad “performance objectives” and specific “deliverables” against each of those broad performance objectives.[104]  Having specified discrete deliverables to be delivered in the relatively short time span of the PIP, Mr Huerta was initially satisfied that those deliverables had been or were likely to be substantially met.  That is why in Mr Huerta’s email dated 16 March 2017, following the meetings in Parramatta, Mr Huerta addressed broader and longer term deliverables against the first and second objectives.  Importantly, the deliverables specified on 16 March 2017, with respect to the Policies and Procedures Handbook were specified to be delivered by the end of the calendar year, that is, by the end of 2017.[105]  Thus, as at 16 March 2017 Mr Huerta’s state of mind was that Mr Pezzimenti’s performance as a manager was still not up to scratch, but it had improved and Mr Pezzimenti was to be required to continue to improve.  It is likely that Mr Huerta expected that would continue to the end of 2017 at least.

It may also be accepted that as time passed Mr Huerta developed further concerns, including about Mr Pezzimenti’s disclosures to Rotary’s International Director, Mr Trevaskis.  However, Mr Huerta’s responses at T 104.41 to T105.44 show that those concerns alone would not have led Rotary to terminate the employment.  Further, that concern is connected to the commencement of these proceedings.

There is no basis to infer that any matters which became apparent at hearing would have become apparent to Rotary and led it to act by terminating the employment in the absence of these proceedings.  Further, the matters upon which Rotary relies are directed to the responses of Mr Pezzimenti and not to the thinking and decision-making processes of Rotary. It is the thinking and decision-making processes of Rotary, which are of relevance to the assessment of damages.

Rotary refers to the written warning dated 8 November 2016 at CB 207 – 208. The warning itself shows that termination of employment was not to be considered because of the subject matter of the warning but rather that “any further instances of unacceptable conduct may result in further disciplinary action up to and including termination of your employment”. Further, the subject matter of the warning was addressed in evidence.[106]

I place no weight upon the show cause notices dated 5 April 2017 and 22 June 2017.  The assessment of quantum follows my finding that those notices and the subsequent termination of employment were issued for reasons which included a proscribed reason.

Further, I find, based on the doctor’s certificate accepted into evidence, that Mr Pezzimenti was unfit for duty on 29 June 2017. In addition, I accept Mr Pezzimenti’s evidence that he had understood that he had provided an explanation for his non-attendance by letters from his solicitors.[107]

Conclusion as to damages

Further, had the notices not been issued, and the subsequent termination of employment on 30 June 2017 not occurred, it is more probable than not that Rotary would have adopted one of two courses:

Had the employment been persevered with, it would have continued at least until the end of 2017 and there would not have been any period of unemployment during 2017.

Had Rotary and Mr Pezzimenti negotiated an exit plan, Mr Pezzimenti could have and would have sought the alternative employment he has been seeking from the position of holding a senior and prestigious post with a highly regarded international charity.  In the circumstances, I infer that had there been an exit plan with a period of approximately four to six months, Mr Pezzimenti was more likely in that time to have found equivalent and suitable employment.  There would not have been a period of unemployment.

As noted above, Mr Pezzimenti will become eligible to apply for the age pension in 2022.  He would be unlikely to continue to seek full time employment after that age.  If he is not eligible for the age pension, that will be because he has other income and assets to support himself, including superannuation, so as to reduce or eliminate his need to work.

I will hear the parties in relation to any outstanding issues.”