Covid 19, vaccines and the workplace 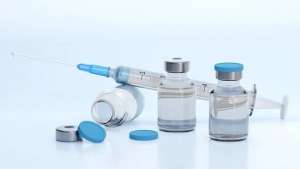 The Fair Work Commission has determined that an aged residential care employee who had consistently for years refused to have an influenza vaccination because she claimed she had an allergic reaction to it has been permitted to proceed with an unfair dismissal case when her employer stood her down and declined to offer her further shifts of work on the basis that she was unable to meet this inherent requirements of the job. This followed a determination by the employer, possibly preparing for the implications of Covid 19 (speculation on my part) that as a matter of policy it required all staff to be vaccinated.

The Commission determined in these circumstances that the applicant’s employment had been brought to an end by the employer’s refusal to roster her for work when she was ready, willing and able to do so and was thus a dismissal.

Of course the case so far does not mean that the Commission will make a finding of unfair dismissal, but it will be watched with close interest by the profession given its timing and implications.

[111] Ms Glover has not provided any medical evidence that she is allergic to the vaccination; she simply asserts it based on her experience as a seven year old girl when vaccinated in the Philippines. There is no reason to disbelieve Ms Glover relevant to her experience at that time. It is Ms Glover’s honest belief that she is allergic to the vaccination and therefore she should not receive a vaccination.

[112] The Respondent has, for at least a decade, permitted Ms Glover to nominate her allergy and therefore decline to receive a vaccination. In doing so, it has permitted her to be unvaccinated and continue to work with its clients in their homes.

[113] The Respondent has now changed its policy and it requires all of its employees, whether working in aged care residential facilities or providing in-home care to be vaccinated. It is now a mandatory vaccination.

[114] In doing so, and enforcing its requirement that unvaccinated employees cannot be permitted to be rostered to work, the Respondent’s decision has resulted in Ms Glover not being permitted to perform any work. She was permitted to utilise all of her paid leave, including personal leave and then annual and long service leave. Once that leave was exhausted, the Respondent explained to Ms Glover that she would not be rostered to work, and it considered that she was then on unpaid leave.

[115] The period of unpaid leave that the Respondent states that Ms Glover will be on is an indefinite period. The Respondent was invited by me to provide to her an undertaking that following a period of three months of unpaid leave it might take some action to inform her that it is considering dismissing her if she is unable to be vaccinated. The Respondent declined to do so, simply stating that it would review her employment status in January 2021.

[117] She is not rostered for work and will not be rostered for work until such time as she becomes vaccinated. She refuses to become vaccinated on the basis of medical views held by her that to do so would cause risk to her life. She has not obtained any recent medical opinions that her beliefs are medically supported.

[118] In my view, Ms Glover’s employment is not determined based on when the Respondent’s CEO might or might not inform her that she has been dismissed. She is not required to await his determination on this issue.

[119] An employee is dismissed if the actions of the employer result directly or consequentially in termination of employment and the employee does not voluntary leave the employment relationship. 1

[120] The actions of the Respondent in refusing to roster Ms Glover beyond 4 October 2020 when her paid leave was exhausted, and its maintenance of that position mean that Ms Glover is without work now and for the predicted future. She cannot change that, and the Respondent has indicated that it will not alter its course.

[121] I consider that the effects of the Respondent’s decision is that Ms Glover’s employment has come to an end, and it did so on 4 October 2020 when it refused to roster her for work when she is willing and able to work. The dismissal did not occur earlier as Ms Glover was authorised to take paid personal leave, annual leave and long service leave.

[122] It is clear that Ms Glover no longer can meet what the Respondent states is the inherent requirements of the position. She refuses to do, and the Respondent refuses to relax them for her therefore the impasse has been met due to the actions of the Respondent and the employment has come to an end.

[123] Accordingly, I find that the employment came to an end on 4 October 2020 and Ms Glover has capacity to pursue her claim of unfair dismissal.

[124] The jurisdictional objection is dismissed, and the matter will be programmed for hearing to determine the merit arguments.

[125] I consider it suitable to note that there is much discussion around the legality of employers requiring employees to be vaccinated against influenza in light of the adverse reaction a vulnerable person might have if they have influenza and then contract COVID-19. It is, of course, a very concerning proposition, and medical evidence to-date suggests that such a combination is highly likely to increase the potential fatality of the individual.

[126] In my view, each circumstance of the person’s role is important to consider, and the workplace in which they work in determining whether an employer’s decision to make a vaccination an inherent requirement of the role is a lawful and reasonable direction. Refusal of such may result in termination of employment, regardless of the employee’s reason, whether medical, or based on religious grounds, or simply the person being a conscientious objector.

[127] It is not inconceivable that come November 2021, employers of men engaged to play the role of Santa Clause in shopping centres, having photos taken around young children, may be required by their employer to be vaccinated at least against influenza, and if a vaccination for COVID-19 is available, that too. The employer in those scenarios, where they are not mandated to provide social distancing, may decide at their election that vaccinations of their employees are now an inherent requirement of the job. It may be that a court or tribunal is tasked with determining whether the employer’s direction is lawful and reasonable, however in the court of public opinion, it may not be an unreasonable requirement. It may, in fact, be an expectation of a large proportion of the community.

[128] Ms Glover’s continued application before the Commission is not an inquiry as to whether she is likely to refuse any future COVID-19 vaccination. It is largely a consideration as to whether the Respondent’s decision to make an influenza vaccination an inherent requirement of the job is lawful and reasonable having particular regard to her care of vulnerable clients in their home. It is clear that the Respondent was never provided with a directive by Queensland’s Chief Health Officer that Ms Glover was not permitted to care for people in their homes without a vaccination as she was never working in an aged care residential facility.

[129] It is expected the Respondent will lead evidence as to the nature of the vulnerabilities of such clients, the kinds of ailments they may suffer from, and the potential effects of those individuals contracting influenza from an unvaccinated employee even if the employee is correctly wearing all available PPE.

[130] It is expected evidence may be lead as to the advancements in medicine and vaccinations between 1963 and 2020 and Ms Glover’s refusal to seek current specialist medical advice as to whether it was safe for her in 2020 to be vaccinated against influenza.”