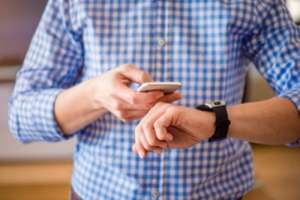 The Fair Work Commission continues to assert in its decisions that the covert (ie non-consensual) recording of a meeting between an employer and an employee constitutes misconduct, and often justifies dismissal. This is a proposition which in my view is nonsense, at least in Western Australia.

Sec 5 of the Surveillance Devices Act 1998 (WA) expressly provides that it is not a contravention of the Act for a person to use a listening device (for example a hidden smart phone) where “(d)  a principal party to the private conversation consents expressly or impliedly to that installation, use, or maintenance and the installation, use, or maintenance is reasonably necessary for the protection of the lawful interests of that principal party.

A principal party is a participant in the conversation and accordingly an employee can lawfully record a conversation in Western Australia without the consent of the other party if those conditions are met, where they almost always will be in circumstances where an employee’s job is at risk. The same apples in reverse to an employer.

However here is an extract from a Fair Work Commission case which was conducted in South Australia to the opposite effect. To be fair to the Commissioner he was bound by some previous decisions, even one of a Full Bench which in my opinion were wrongly decided.

“During the hearing the Tavern submitted that Mr Fowler’s conduct in covertly recording two meetings with Mr Cochrane was a breach of s.4 of the Listening and Surveillance Devices Act 1972 (SA) and of its own was sufficient to form a valid reason for dismissal. Schwenke v Silcar Pty Ltd T/A Silcar Energy Solutions [2013] FWC 4513. This decision was upheld on Appeal by [2013] FWCFB 9842 I accept that the Tavern was not aware of this conduct prior to the dismissal, and pre-dismissal conduct which the employer was not aware of can in some circumstances be relied upon to support a dismissal.

Mr Fowler submits his conduct was excused by s.7(1) as it was in the public interest or for the protection of his lawful interests. The Tavern submits that the desire to have an accurate record of the conversation will not enliven Mr Fowler’s lawful interests. Thomas v Nash [2010] SASC 153; Alliance Craton Explorer Pty Ltd v Quasar Resources Ltd [2010] SASC 266

Whilst I accept that Mr Fowler’s covert recording of two meetings he had with Mr Cochrane represent misconduct on his behalf, there are mitigating circumstances in that Mr Fowler had a distrust of Mr Cochrane, he was provided with only five minutes’ notice of the first meeting, and therefore had no opportunity to have a support person and his desire to have an accurate record of the conversation. With respect to the second recording, Mr Fowler’s heightened emotional state and expectation that he was about to be dismissed explains his desire to have an accurate account of the meeting.

It is not the Commission’s task to determine if a breach of the Listening and Surveillance Devices Act 1972 (SA) has occurred.

When the circumstances in this case are considered, I do not believe that this conduct is so serious as to provide, on its own, a valid reason for the dismissal. Mr Fowler’s conduct is not condoned, however, is a matter which would damage any on-going employment relationship and represents misconduct on the part of Mr Fowler.”