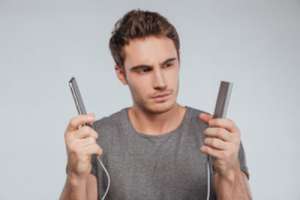 The question of the admissibility into evidence of covert recording of incidents which become relevant to an unfair dismissal case in the Fair Work Commission is unpredictable. There are several decisions in Western Australia which in my opinion have been incorrectly decided on this point but in the following case a senior member of the Fair Work Commission gets it dead right in my opinion when he made a decision to admit a covert audio recording into evidence on the issue of credibility.

“In reply, counsel for Mr Simounds (and Mr Simounds in his evidence 4) indicated that the audio was only able to be recovered seven or eight weeks after 11 May (and well after the dismissal) by using file recovery software. Counsel advised that Mr Simounds had been informed about self-incrimination prior to giving evidence5 but that he considered the recording was made for the protection of his “lawful interests” and accordingly it was not unlawful as it fell within an exclusion in section 7(1)(a) of the Listening and Surveillance Devices Act 1972 (SA).6

On 5 October I made a decision on transcript 7 to the effect that I would admit both the recording (as Exhibit A5) and Mr Simounds purported written record of the recording (JS4) into evidence on the grounds that they were relevant, would assist fact-finding and that the witnesses could be cross examined on them. I indicated that I would attach whatever weight appropriate once all the evidence was in. While it is not the Commission’s role to determine whether a breach or prima facie breach of State law occurred when the recording was made, I indicated that Mr Simounds should give his evidence with a caution against self-incrimination. In addition to the intimation given by his counsel on that matter, in the course of his evidence I also cautioned Mr Simounds. His response was that he saw no reason to restrict his evidence about the recording or his decision to make it.8”