Coverage of awards and enterprise agreements to employment 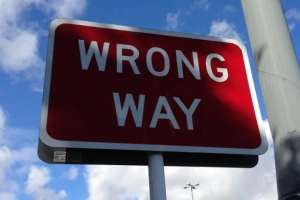 One of the important issues in employment law is whether an employee’s work is covered by a modern award or enterprise agreement. For example that issue will  decide whether a high income employee is able to pursue an unfair dismissal case, in addition of course to ascertaining statutory entitlements. The question also determines whether an employee is entitled to be consulted about a redundancy. How does the Commission determine this issue? Here is an example of how it does so.

“Was the Applicant’s job covered by the Award?

[44] The approach taken when determining whether an employee’s role is covered by an Award at a relevant time is described as the principal purpose test. The principal purpose test requires an examination of the nature of the work undertaken and the circumstances in which the employee was employed to do the work in order to ascertain the principal purpose for which the person was employed and then assess whether the employee, in that employment, fell within the coverage provisions of the Award. It was expressed by a Full Bench of the Commission in Carpenter v Corona Manufacturing Pty Ltd 1 as follows:

In our view, in determining whether or not a particular award applies to identified employment, more is required than a mere quantitative assessment of the time spent in carrying out various duties. An examination must be made of the nature of the work and the circumstances in which the employee is employed to do the work with a view to ascertaining the principal purpose for which the employee is employed.

[45] To determine if the Applicant’s role is covered by the Award it is necessary to compare her job with those classifications contained in the Award. In undertaking this task the correct approach is to examine the nature of the work the Applicant was employed to do in order to ascertain the principal purpose for which she was employed and then assess whether the Applicant in that employment fell within the coverage provisions of the Award. The question of Award coverage is not determined by the title of position occupied but rather the duties performed. 2

[46] It has not been put by the Applicant or others that the PD does not reflect her role and responsibilities when she worked for the Respondent. For this reason I accept the PD is an accurate reflection of the work carried out by the Applicant and I will rely on it to determine the if the work she performed is covered by the Award.

[48] That is, the hotel manager must perform each of these duties. It is only if a role meets the totality of this description that it then becomes necessary to determine if the role is caught up in any of the exclusions in the classification description.

[49] I have carefully considered the full range of duties as set out in the Applicant’s PD, some of which are set out above. In considering these I am not satisfied that the Applicant’s role fits the description in the Award of a hotel manager in that she does not, even on her own evidence as to her role, meet each of the parts of the description set out in para [47] above.

[50] The Applicant has suggested that two of the duties performed by her fit within the requirements to “manage and co-ordinate” or to “implement policies, procedures…” However, the evidence before me does not support a conclusion that she was at all responsible for directing staff as to duties. To the extent that she was required to “coach front office staff” with respect to recognising and reporting potential leads I do not consider that this equates to directing staff to ensure they carry out their duties in the relevant area of the hotel. The task of front desk staff in lead generation could not be seen as substantial part of their duties but rather as incidental – although important – to their duties.

[51] It is not apparent on the evidence before me – and it was not argued otherwise – that the Applicant carried out each of the three functions that are necessary to classify a position as “Managerial staff (Hotels)”.

[52] Further, that two tasks in an extensive PD of the Applicant might fall within some of the description of “Managerial staff (Hotels)” is not enough on which to base a conclusion that her position comes within the Award definition. The Applicant’s job description is extensive (going to two A4 pages). To find only two of an extensive range of duties could not satisfy that the totality of the role, on the basis of the principle purpose test, fits within the description.

[54] Given the Applicant’s employment was not covered by the Award it is necessary to consider if it was covered by the Miscellaneous Award 2020. The Award’s coverage clause relevantly states:

4.1 Subject to clauses 4.2, 4.3, 4.4 and 4.5 this award covers employers throughout Australia and their employees in the classifications listed in clause 15—Minimum rates who are not covered by any other modern award.

4.2 The award does not cover managerial employees and professional employees such as accountants and finance, marketing, legal, human resources, public relations and information technology specialists.

4.3 The award does not cover employees excluded from award coverage by the Act…

[55] The classification descriptions for the Miscellaneous Award are set out in Clause 12:

12.1  A description of the classifications under this award is set out below.

An employee at this level has been employed for a period of less than 3 months and is not carrying out the duties of a level 3 or level 4 employee.

An employee at this level has been employed for at least 3 months and is not carrying out the duties of a level 3 or level 4 employee.

An employee at this level has a trade qualification or equivalent and is carrying out duties requiring such qualifications.

An employee at this level has advanced trade qualifications and is carrying out duties requiring such qualifications or is a sub-professional employee.

[56] The application of the Miscellaneous Award to this matter was not an issue canvassed during the hearing of the application. For this reason I sought further submissions from the parties in relation to its application.

[57] In those submissions the Applicant repeats her submissions in relation to the Award that I should consider her duties and not restrict myself to the title of the position she occupied.

[58] The Respondent says that it does not consider the Applicant’s employment comes within the coverage of the Miscellaneous Award.

[60] For these reasons I do not consider the Applicant’s employment to be covered by the Miscellaneous Award.

[61] Given my findings that the Applicant’s employment was not covered by an Award (and there being no suggestion that it was covered by an enterprise agreement) there was no obligation to consult her about her redundancy pursuant to any Award.”