Costs in the Fair Work Commission; cheap and cheerful is welcome 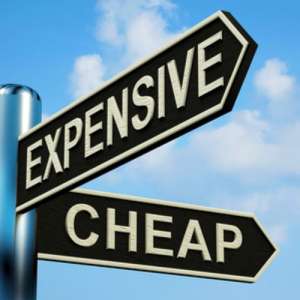 Costs in the Fair Work Commission; cheap and cheerful is welcome; Rolls Royce is not

“In the original Security for Costs Application Baxter sought $14,985.00. In its amended Security for Costs Application it sought $10,332.00. In either case it can be observed that, when the amounts charged are compared with the work described in the itemised schedule of costs, in choosing HWLE as its representative Baxter chose a “Rolls Royce service”. That is a matter for it, but it is doubtful that all the costs charged would survive a party-party costs assessment as to what was truly necessary and reasonable in a matter such as this. The following exchange highlights my concern,

“The Commissioner:  ….  You can run your case how you like.  What I’m trying to figure out here – you know – what is fair and reasonable in the necessary defence of this matter, such that if I were to find that the application made by Mr Portelli was doomed to fail which parts of that should he bear the liability for?  Now, you know in item four in the itemised schedule it says, “Considering and settling correspondence to Fair Work Commission and applicant and security for costs.”

The Commissioner:  But who did that considering and settling?

Mr Swebeck:  I can’t recall, Commissioner, without the – it probably would have been my time – but I can’t confirm that.

The Commissioner:  What’s your hourly rate?

The Commissioner:  Well, it took you nearly two hours to read a one, two, three, four paragraph email and a standard form six-page application for security of costs.  You’ve got to be joking here.”