Convictions for offences and the workplace 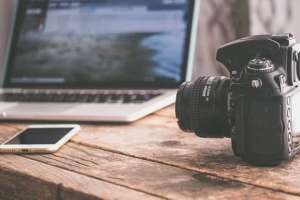 There will be occasions when an employee’s conviction of an offence unconnected to a workplace (often referred to as “out of hours” conduct by the Fair Work Commission) may of itself constitute a valid reason for dismissal provided that the employer’s policies are lawful and reasonable, and are drawn carefully enough to cover the fact of the conviction. Here is an extract from a recent unfair dismissal case about the issue.

[26] In order to be a valid reason, the reason for the dismissal should be “sound, defensible or well founded”2 and should not be “capricious, fanciful, spiteful or prejudiced.”3 However, the Commission will not stand in the shoes of the employer and determine what the Commission would do if it was in the position of the employer.4

[27] Where a dismissal relates to an employee’s conduct, the Commission must be satisfied that the conduct occurred and justified termination.5 The question of whether the alleged conduct took place and what it involved is to be determined by the Commission on the basis of the evidence in the proceedings before it. The test is not whether the employer believed, on reasonable grounds after sufficient enquiry, that the employee was guilty of the conduct which resulted in termination.6

[28] There is no mandate for giving the ‘valid reason’ criterion any greater emphasis or weight than any of the other criteria in s 387. It is well settled that the statutory requirement to ‘have regard to’ or ‘take into account’ requires the Commission to give the matter(s) weight as a fundamental element in the decision making process. Even if it is found that there was a valid reason for the dismissal, an overall assessment must be made as to whether the dismissal was harsh, unjust or unreasonable.

[29] Having considered all of the evidence and submissions of the parties, I am satisfied there was a valid reason for the Applicant’s dismissal.

[30] While I acknowledge the Applicant maintains his innocence, the undisputed facts are that he was found guilty of the Offence and was unsuccessful in his appeal of that decision.

[32] I accept that the conduct, while occurring out of working hours, had a sufficient connection with his employment as to constitute a valid reason for his dismissal. Viewed objectively, I consider that the conduct would be likely to cause serious damage to the relationship between the Respondent and the Applicant, and damage to the Respondent’s reputation and standing in the community.

[33] In Cooper v Australian Taxation Office 7, the Full Bench held, in similar circumstances, that a serious criminal offence committed outside working hours by an APS employee caused serious damage to the employee-employer relationship, and warranted a finding that there was a valid reason for the dismissal.

[34] In finding there was a valid reason for dismissal, I have also taken into account the fact that the Respondent provides services to a wide range of vulnerable people including those who may have been the victim of sexual offences or other violence. I accept the Respondent’s argument that it should not tolerate the type of conduct the Applicant has been found to have engaged in.

[35] I consider that the conduct the Applicant has been found to have engaged in incompatible with his employment and provides a valid reason for his dismissal.”