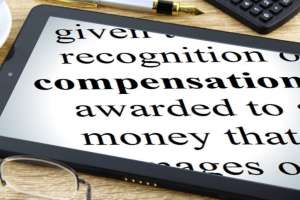 In a very, very rare (read almost extinct) general protections’ consent arbitration, a member of the Fair Work Commission has upheld a claim of unlawful adverse action because the employee exercised a workplace right and awarded compensation including economic and (nominal) non- economic loss.

In relation to the assessment of compensation in general protections matters in the Courts, and noting there are differences in the basis of orders that may be made by a Court and this Commission, the following observations have been made about the purpose of compensation:

“The calculation of compensation under s.545 of the Act is approached in accordance with ordinary principles. The fundamental purpose of damages or compensation under s.545 of the Act is to provide a monetary sum to put the employee in the position he or she would have been in if the employer had performed the contract or not contravened the act. As a majority of the High Court stated in Haines v Bendall (1991) 172 CLR 60:

“The settled principle governing the assessment of compensatory damages, whether in actions of tort or contract, is that the injured party should receive compensation in a sum which, so far as money can do, will put that party in the same position as he or she would have been in if the contract had been performed or the tort had not been committed.”” 3

In application of these principles the following has also been observed:

“8. The authorities reveal that the assessment of compensation under ss.545(1) and (2) of the Fair Work Act can include both economic and non-economic loss. Insofar as economic loss is concerned, the approach that seems to find favour is that stated in Re Bostik Australia Proprietary Limited v Gorgevski [1992] FCA 209; [1992] 36 FCR 20. The relevant passage is as follows:◦ Where an employee is wrongfully dismissed, he is entitled, subject to mitigation, to damages equivalent to the wages he would have earned under the contract from the date of the dismissal to the end of the contract. The date when the contract would have come to an end, however, must be ascertained on the assumption that the employer would have exercised any power he may have had to bring the contract to an end in the way most beneficial to himself; that is to say, that he would have determined the contract at the earliest date at which he could properly do so.

Mr Crawford seeks payment of $583.20 as compensation for economic loss. The basis for this claim is:

I consider that Mr Crawford has arguably understated the amount he could claim for economic loss. Goodys did not contest this element of the compensation calculation. I am prepared to accept his claim in full in respect to this matter.

Mr Crawford seeks compensation for non-economic loss. He gave evidence that he suffered significant stress and upset as a result of the loss of employment. I have no doubt that this is correct. This was Mr Crawford’s first job and its loss in these unjust circumstances caused hurt and humiliation. However, there was no evidence of psychological damage or treatment.

Goodys argued that there should be no compensation for hurt and humiliation because Goodys had suffered distress and harassment from Ms Crawford. I am not satisfied that this is particularly relevant to my assessment for compensation. Furthermore, I am not satisfied that Ms Crawford did anything other than vigorously defend her son’s rights. If Ms Memedovski had shown a willingness to respect her obligations under the Award then there might have been some basis for criticism of the manner in which Ms Crawford proceeded but I am satisfied by Ms Memedovski’s own evidence that she failed to consider her obligations under the Award and instead decided that because she was a small business she should not be required to follow the Award.

In all of the circumstances I consider that there should be some modest compensation for the hurt and humiliation suffered by Mr Crawford.

I consider that $600 is the appropriate amount.

The factors which I have taken into account in my assessment of non-economic loss include that:

These matters are balanced against the following factors:

or the reasons set out above, I have found that:

An order requiring Goodys to make payments to Mr Crawford in the amounts of $583.20 for remuneration lost, together with $600 compensation for his non-economic loss is issued at the same time as this decision. The order will require payment of these amounts within 14 days of the date of this decision”.