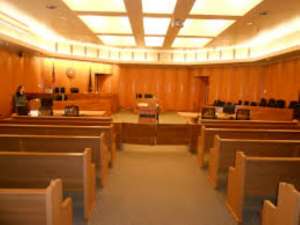 This is an extract from a recent Federal Circuit Court of Australia case which sets out the legal principles which the court will use when determining whether to order compensation to be paid for breaches of the Fair Work Act, the National Employment Standards and modern awards and enterprise agreements, collective called statutory entitlements.

“Power to make orders for compensation

. . . the first and most immediate point of significance is the breadth of the terms in which s 545(1) empowers the Court take make any order the court considerate appropriate. What is appropriate for the purpose of s 545(1) falls to be determined in light of the purposes of the section and is not to be artificially limited . . . such broad terms of empowerment are constrained only by limitations that are strictly required by the language and purpose of the section

Those observations, and the authorities to which their Honours referred, recognise the well-settled principles that where the Parliament confers power on a court it should not be hedged about by implied limitations that are not reflected in its text, but at the same time that the ambit of those powers may be constrained by the context in which they appear.

Orders for compensation must be appropriate

In my view, having regard to the purposes of the Fair Work Act, the meaning of s 545 is that where the court has determined that there has been a contravention then before any person (including a person involved in the contravention) may be ordered to pay compensation, the court must have formed the view that such an order is appropriate in the particular circumstances. (emphasis added)

The court was satisfied it was appropriate to make compensatory orders against a person who was held to have been liable as an accessory.[207]

As applied to the present case, I agree that a number of considerations support the conclusion that an order for compensation is appropriate.

Further, as is clear from s 545(2)(b) a necessary condition for the making of an Order for compensation is that loss is suffered because of the contravention. As Barker J put it in Australian Licenced Aircraft Engineers Association v International Aviation Service Assistance Pty Ltd [2011] FCA 333; (2011) 193 FCR 526 at [423] (the Australian Aircraft Case), “this requires an appropriate causal connection between the contravention and the loss claimed”. (Also see Maritime Union of Australia v Fair Work Ombudsman and Skilled Offshore (Australia) Pty Ltd [2015] FCAFC 120 at [20]). It necessarily follows that any order for compensation is an order directed to compensating a person for such a loss. As Katzmann J observed in Shizas v Commissioner of Police ([2017] FCA 61 at [209]) the focus of such an order is “in a loose sense, the restoration of those affected by a contravention to the positions they would have occupied but for its occurrence”.

It is appropriate to make orders for compensation