Compensation for unfair dismissal; the principles 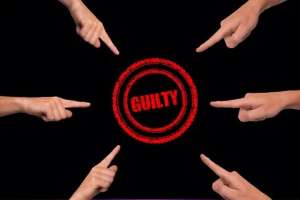 “Is an order for payment of compensation appropriate in all the circumstances of the case?

Having found that reinstatement is inappropriate, it does not automatically follow that a payment for compensation is appropriate. As noted by the Full Bench in Nguyen v Vietnamese Community in Australia t/a Vietnamese Community Ethnic School South Australia Chapter [2014] FWCFB 7198,“[t]he question whether to order a remedy in a case where a dismissal has been found to be unfair remains a discretionary one…”. 125

The Applicant sought compensation. She described the remedy sought as follows:

In response to a question from Deputy president Bull on 16 October 2019 the Applicant replied:

“I guess I’m going for the maximum of six months because you’ve got to, you know, shoot high. I don’t know what else to ask for” 127

The Respondent submitted that payment of compensation is not appropriate because there was no economic loss associated with the termination. This is because the Applicant would have only remained in employment for a short period and had made no efforts to obtain alternative employment up to the date of the first hearing on 16 October 2019.

The Applicant made a submission about the likely duration of her employment. In answer to my question about how long she would have remained in employment she replied:

In answer to my question, “You don’t think that what you were experiencing told of an imminent departure, either initiated by you or them other than in May?” the Applicant responded:

“I loved the place in terms of the store and the clients, and even the people. But the last six months, I just – I’d turn up early. I’d turn up at 8 o’clock and I’d go and have breakfast for an hour, so – I just didn’t want to be there. There was just too much – one thing gets said, another thing gets done, nothing’s getting done anyway, and it’s just like too hard to progress anything.”  128

In response to a question from Deputy President Bull on 16 October 2016 in relation to mitigating her loss the Applicant said:

“My mum is not well and I’ve actually been able to assist her with doctor’s appointments and all sorts of things that she needs to be done that she isn’t otherwise able to do so it’s actually – in that sense it’s come at a good time. I mean, I have been looking at employment positions, but I haven’t even seen anything that’s even remotely suited … No, no applications just looking.”  129

On 3 December the Applicant sought to introduce some new evidence in relation to her efforts to mitigate the impact of her dismissal in her closing submissions. It was not admitted. The parties agreed, in effect, that at its highest the Applicant’s submission was that she had made some visits to prospective employers prior to October.

In light of the Applicant’s submissions in relation to likely duration of employment and the appropriateness of reinstatement, my direct observation of her demeanour towards the Respondent during proceedings and the views the Respondent had come to about her conduct, I estimate that she would have remained in employment for no longer than a month.

In light of the Applicant’s submissions about her activities throughout the course of the month following her dismissal I find that she did not seek to mitigate her loss.

In all the circumstances, I do not consider that payment of compensation is appropriate. I have come to this conclusion for the following reasons that are already the subject of findings in this decision:

(a) The Applicant’s misconduct was frequent, persistent and undermined the safety and welfare of her colleagues. On this conduct alone discounting possible compensation by 100% is appropriate.

(b) The Applicant’s continuing employment was on a knife’s edge. There was no real prospect of it continuing for more than a month had she not been dismissed when she was.

(c) The Applicant did not make any real attempt to mitigate her loss over this period. Rather she regarded the time as the opportunity to assist her mother with doctor’s appointments. She had no real economic loss.

I therefore decline to order any remedy, notwithstanding that I found the Applicant was a person protected from unfair dismissal and, as a result of procedural flaws in the termination process, had been unfairly dismissed.”