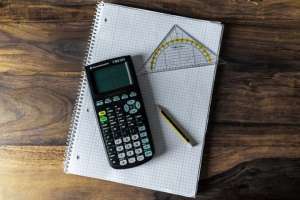 “When determining compensation for unfair dismissal, the Fair Work Commission applies what is called the “Sprigg formula”, one of the elements of which is to make a determination of what remuneration would have been earned but for the unfair dismissal. Here is it in play in a recent case.

“[16] The well-established approach to the assessment of compensation under s.392 of the FW Act, taking into account the matters specified in s.392(2), is to apply the “Sprigg formula” derived from the Australian Industrial Relations Commission Full Bench decision in Sprigg v Paul Licensed Festival Supermarket. This approach was articulated in the context of the FW Act in Bowden v Ottrey Homes Cobram and District Retirement Villages. Under that approach, the first step to be taken in assessing compensation is to consider s.392(2)(c) – that is, to determine what the applicant would have received, or would have been likely to receive, if the person had not been dismissed. In Bowden this was described in the following way:

‘[33] The first step in this process – the assessment of remuneration lost – is a necessary element in determining an amount to be ordered in lieu of reinstatement. Such an assessment is often difficult, but it must be done. As the Full Bench observed in Sprigg:

‘… we acknowledge that there is a speculative element involved in all such assessments. We believe it is a necessary step by virtue of the requirement of s.170CH(7)(c). We accept that assessment of relative likelihoods is integral to most assessments of compensation or damages in courts of law.’

[34] Lost remuneration is usually calculated by estimating how long the employee would have remained in the relevant employment but for the termination of their employment. We refer to this period as the ‘anticipated period of employment’…’

[17] The identification of this starting point amount “necessarily involves assessments as to future events that will often be problematic”. Once this first step has been undertaken, various adjustments are made in accordance with s.392 and the formula for matters including monies earned since dismissal, contingencies, any reduction on account of the employee’s misconduct and the application of the cap of six months’ pay. This approach is however subject to the overarching requirement to ensure that the level of compensation is in an amount that is considered appropriate having regard to all the circumstances of the case.”

“Yes, Deputy President, and the submission we’re saying is because the failure to maintain the vehicle had existed prior to the cessation of pay, that the financial stress existed prior to the cessation of pay, because of the payment of annual leave.  It was clear that already the applicant was under financial stress at the time at which annual leave was paid.  We say those are matters that go to whether the applicant would have been able to continue to perform her work.

We don’t say it was some negative connotation in relation to the actual performance of her work, but the ability to perform her work in order to get to the workplace.  In order to perform her work, it’s agreed that she required a motor vehicle and a driver’s licence.  The driver’s licence is one thing, but the maintenance of the motor vehicle was a matter that predated any of this, such that we say the Commission should properly conclude that the employment would not have long continued.  Particularly, in circumstances where this was not a long-standing employee.”

[75] As I have found above regarding valid reason for dismissal, the financial stresses of the Applicant that impacted on her ability to renew her drivers licence and repair her motor vehicle, were caused substantially by the Respondent not paying her salary, notwithstanding that she was ready, willing and able to attend work. I have further found that once the financial stress was relieved by the recommencement of payment of salary, the Applicant would have promptly attended to the issues of her vehicle and licence. Accordingly I reject the Respondent’s submission.

[76] The Applicant declined to make any submission in relation to this factor. 10

[77] I consider the remuneration that would have been received by the Applicant had she not been dismissed would have been substantial. Had the Applicant not reported any illness or symptoms, the Respondent would not have imposed what proved to be the unattainable requirement of a negative COVID-19 test, with such unattainability relating to test availability rather than symptoms. Termination on any other ground was unlikely, and not foreshadowed in any way.

[79] The Applicant’s evidence, which I accept was that since her termination she had been unable to obtain any further employment. She had received some social security payments but such amounts are not deducted pursuant to this factor. There will therefore be no deduction from the compensation amount on account of remuneration earned.