Compensation for unfair dismissal reduced to zero for conduct 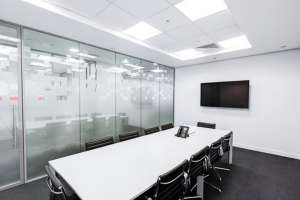 In a recent and interesting unfair dismissal decision, the Fair Work Commission has decided that although a dismissal of a lawyer by a law firm was relevantly unfair, on the basis that there was no valid reason for it, the Commission reduced compensation to zero based upon evidence of the employee’s conduct both during and after the cessation of employment.

“The second is aspects of the Applicant’s attempts to copy or email various documents after the termination on 12 October 2018. The Commission heard at the Hearing considerable detail about these documents, and the Applicant was cross-examined at great length about both the circumstances of the attempted copying and emailing and the content of the many documents involved.

While it is arguable that Mr Hans was impliedly permitted to make copies or email documents that were his, he did not limit his attempts to just those documents.

The Respondent submits that there were three types of documents that the Applicant attempted to send himself subsequent to his dismissal. These are:

(a) precedent documents used in the Respondent’s business;
(b) documents containing details of clients and their cases, some of which dated back to 2014; and
(c) a document used by the Respondent in its marketing titled “success stories – template marketing”.

The Applicant’s case is that he was authorised by his supervisor, Mr Casey, to copy these documents subsequent to his dismissal on 12 October 2018.

Mr Casey’s evidence was that he only authorised the copying or emailing of Mr Hans’ own precedents not of the firm’s documents.

It is noted that the attempted copying and sending occurred after the Applicant’s termination. I am also aware that ultimately Mr Hans was not successful in forwarding the documents.

I note that it is agreed that the Applicant enquired from Mr Casey whether he could copy certain documents and that Mr Casey permitted him to do so. What is not agreed is the nature of those documents that could be copied.

It seems many of the documents sought to be copied were precedents from the Applicant’s former employer. For reasons detailed in relation to the Shorter allegations, the nature of the work of legal firms and the sharing of precedents has been described as a practice among practitioners in certain circumstances. There was disagreement about when those circumstances occur; however, it is not necessary to decide whether in these circumstances it was reasonable for the Applicant to copy or forward those particular documents to himself.

One document however would seem to me to fall outside this general rule, and it should have been known as such to the Applicant. This is the “Success Stories” document. In my view, on the evidence, it plainly falls outside any precedent document and is commercial in nature. I also accept such a document would be of some value to a newly established law firm. It did not belong to the Applicant and more care should have been exercised in selecting it among the documents he attempted to forward to himself.

It has been held that post-employment conduct can be taken into account when assessing remedy. 75

In my view all the misconduct detailed above, during and post-employment, is relevant in determining any compensation and I would on that basis reduce the compensation payable to zero.

“If the FWC is satisfied that misconduct of a person contributed to the employer’s decision to dismiss the person, the FWC must reduce the amount it would otherwise order under subsection (1) by an appropriate amount on account of the misconduct”.

The Applicant’s refusal to relocate falls into this category. It is also apparent from the evidence that many of the management-related factors discussed above contributed to the Respondent’s decision to dismiss the Applicant, even if they did not constitute a valid reason on their own. I consider these matters are also relevant, but given the reduction of the compensation to zero, it is not necessary for me to quantify the impact of those other relevant matters.

The termination of the Applicant was harsh unjust or unreasonable, and therefore unfair.

Taking into account all the circumstances, no amount of compensation is ordered.”