Compensation for unfair dismissal in redundancies 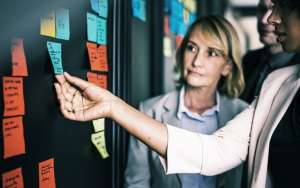 It is well known that the termination of employment of an employee will not constitute an unfair dismissal if it results from a “genuine redundancy”. Under the Fair Work Act, one of the statutory requirements for a dismissal to be regarded as a genuine redundancy is that the employer has complied with the consultation requirements of any applicable modern award or enterprise agreement.

There are some Fair Work Commission decisions to the effect that a mere slip of technical compliance with the consultation obligations will not render a dismissal unfair. However it is clear that mere token compliance or a failure altogether to consult will render a dismissal as an unfair.

What are the implications of this in the context of compensation for unfair dismissal. The current trend in the decisions is to award compensation in these circumstances which is limited to the remuneration which would have been earned by the employee during the time it would have theoretically taken for the employer to have complied with the consultation obligation in a meaningful way.

In UES v Harvey, the Full Bench awarded two weeks compensation to Mr Harvey on the basis that:

“[53] … Two weeks is the period it would have taken UES to comply with its obligations in the relevant modern award to consult with Mr Harvey about the redundancy that led to his dismissal.” 7

The Respondent was obligated to consult with its workforce and the NUW. I am of the view that the NUW would have raised concerns about the methodology being utilised by the Respondent in relation to the skills matrix, in particular the compressed assessment scoring. I find that it would have likely taken the NUW and the Respondent one week to resolve their skills matrix issues.

I find that proper consultation in relation to the future of the Respondent’s workshop at Alexandria would have taken a further two weeks. The employees and the NUW were denied the opportunity to discuss alternate arrangements, as highlighted earlier, in an attempt to delay the need for the closure of the workshop or the downsizing of the workforce.