Compensation for unfair dismissal; how to calculate 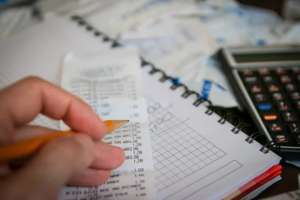 “Section 390(3)(b) of the Act provides the Commission may only issue an order for compensation if it is appropriate in all the circumstances. The remedy of compensation is designed to compensate an unfairly dismissed employee in lieu of reinstatement, for losses reasonably attributable to the unfair dismissal, within the bounds of the statutory cap on compensation that is to be applied. 11

[50] I have considered the Applicant’s request for reinstatement and determined it is not appropriate to reinstate the Applicant. The heart of the matter is that the Applicant and Respondent were at loggerheads in renegotiating a new contract, and no meeting of the minds regarding a further contract of employment appears likely. In my view this stalemate made termination inevitable, a matter to which I will return.

[52] Having regard to all the circumstances of the case, including the fact that the Applicant has suffered financial loss as a result of his unfair dismissal, I consider that an order for payment of compensation to him is appropriate. Accordingly, it is necessary to assess the amount of compensation that should be ordered to be paid to the Applicant. In assessing compensation I am required to take into account the circumstances of the case including the matters in s. 392(2) as follows:

“(2) In determining an amount for the purposes of an order under subsection (1), the FWC must take into account all the circumstances of the case including:

(g) any other matter that the FWC considers relevant.”

[53] The established approach to the assessment of compensation was set out by a Full Bench of the Commission in Sprigg v Paul Licensed Festival Supermarket. 13 That approach has been consistently applied in the context of the current legislative provisions by Full Benches of the Commission in a number of cases.14 The approach to calculating compensation in accordance with these authorities is as follows:

[54] I therefore now to the particular criteria I am required to consider in deciding the amount of compensation to be awarded to the Applicant for his unfair dismissal.

[55] The Respondent has as part of their case advanced the proposition that the business has suffered a reduction in business due to COVID-19. The Respondent did not lead any direct evidence that there had been a downturn in business such that any order of compensation would impact on the viability of its business.

[56] There is no evidence that the order I propose to make will have an effect on the viability of the Respondent. I consider this a neutral factor.

[57] The Applicant had been employed by the Respondent for a period of two years, three months, three weeks and six days. This is a relatively short length of time. I consider this factor as neutral in calculating the appropriate compensation.

Remuneration the Applicant would have or would likely have received – s.392(2)(c)

[58] There is an element of speculation in determining an employee’s anticipated period of employment because the task involves an assessment of what would have been likely to happen in the future had the employee not been dismissed. 15

[59] I am satisfied on the balance of probabilities that if the Applicant had not been dismissed on 9 April 2019, he would have remained employed by the Respondent for no more a period of 8 weeks. The Applicant and Respondent were in significant dispute regarding the Applicant’s employment contract. The Respondent was bent on renegotiating the contract and the Applicant was resisting such attempts. The Applicant’s email correspondence with Mr Berndt, particularly the Applicant’s email to Mr Berndt of 16 February 2019, displayed a lack of trust and confidence necessary for the continuation of an employment relationship and it is highly improbable that an outcome satisfactory to both parties could have been negotiated on the basis of their radically different positions about the contract. In my view, it was inevitable that the employment contract would come to an end in a relatively short space of time. I am also of the view that given the Applicant’s personal circumstances, negotiations would have concluded – albeit unsuccessfully – within an 8 week period.

[60] The Applicant submitted that he was paid a gross monthly amount of 31,125RMB or $6,225.00 AUD, which on a weekly basis is an amount of 7,182RMB or $1,436.00 AUD. The Applicant relied on the wage reconciliations performed by Ms Goh and entered into evidence, as well as statements by Mr Berndt that the Applicant was paid 31,125RMB each month.

[61] The Respondent submitted the Applicant was paid a monthly salary of 16,125RMG ($3,225.00 AUD) per month plus allowances in the amount of 14,210RMB ($2,482.00) paid for air travel, accommodation, phone and miscellaneous expenses. These figures added together, and multiplied by 12 months then divided by 52 weeks of the year, equals a weekly pay of $1,317.00 AUD. As evidence, the Respondent provided a document in Chinese outlining amounts paid on a monthly basis. These amounts vary from month to month.

[63] On that basis, I consider the Applicant would have received at most an amount of $11,488.00 for the eight week period I have estimated that he would have remained in employment.

[64] The Applicant’s evidence and submission was that he had attempted to obtain other employment but had been unable to do so. The Applicant submitted he had found part time employment but did not provide evidence in relation to his earnings from that job. Given the circumstances the Applicant was in at the time he was dismissed – suffering from the effects of surgery and with a newborn child and being required to relocate his family – I am of the view that the Applicant took reasonable steps to mitigate the loss of his employment and no deduction should be made in this regard.

The amount of any remuneration earned since dismissal – s.392(2)(e)

[65] The Applicant obtained some part-time employment but given his circumstances I do not intend to make a deduction for such amounts.

The amount of any income reasonably likely to be earned during the period between the making of the order for compensation and the actual compensation – s. 392(2)(f)

[66] Given the anticipated period of employment I have determined, this matter is not relevant.

[68] Regardless of whether or not notice has been paid, I would not have deducted this amount on the basis that if the Applicant’s dismissal was conducted in a fair and reasonable manner, he would have been paid this amount in any event. I also draw no conclusion as to whether this amount was paid. If the Applicant maintains that he has not received an entitlement under his contract of employment, he should pursue that matter in a court of competent jurisdiction. There are no other matters I consider relevant to the calculation of compensation.

[69] There was no misconduct on the Applicant’s part. The conduct the Respondent referred to was historical and was never raised with the Applicant. I make no deduction on this basis.

Shock, distress or humiliation, or other analogous hurt – s.392(4))

[70] In accordance with s 392(4) of the Act, the amount of compensation calculated does not include a component for shock, humiliation, or distress.

[71] The amount of $11,488.00 is less than half the amount of the high income threshold immediately before the dismissal. It is also less than the total amount of remuneration to which the Applicant was entitled in his employment with the Respondent during the 26 weeks immediately before his dismissal. In those circumstances, my view is that there is no basis to reduce that amount by reason of s. 392(5) of the Act.

[72] No application has been made to date by the Respondent for any amount of compensation awarded to be paid in the form of instalments.

[73] In my view, the application of the Sprigg formula does not, in this case, yield an amount that is clearly excessive or clearly inadequate. Accordingly, my view is that there is no basis for me to reassess the assumptions made in reaching the amount of $11,488.00. 16

[74] For the reasons I have given, my view is that a remedy of compensation in the sum of $11,488.00 (less taxation as required by law) in favour of the Applicant is appropriate in the circumstances of this case. An Order will issue requiring that the Respondent pay compensation to the Applicant in the amount of $11,488.00 in gross wages, to be taxed according to law, and superannuation contributions in the amount of $1,148.80 within 21 days of the date of release of this Decision.

[75] In all of the circumstances I have determined that the Order will be made jointly and severally against both Hills Educational Foundation Ltd and Hills Golf Academy, and will be satisfied if one or the other or both entities pays the amount of compensation to Mr Cavanagh.”