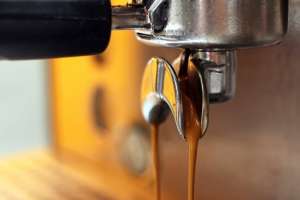 What follows is an extract from a recent Fair Work Commission case which deals with the issue of compensation for an employee who was a casual employee for unfair dismissal.

Having determined that the Applicant’s dismissal was unfair, it is necessary to consider the question of remedy. As required by s. 390 of the Act, I am satisfied that the Applicant was protected from unfair dismissal and that he was unfairly dismissed. I am also of the view that the Applicant should have a remedy for his unfair dismissal. The parties agree that their relationship has irretrievably broken down and cannot be re-established. I share their view and have concluded that reinstatement is not an appropriate remedy. I have made the necessary findings that are prerequisite to awarding compensation.

In relation to the assessment of compensation, s. 392 of the Act provides as follows:

(b) if the employee was on leave without pay or without full pay while so employed during any part of that period—the amount of remuneration taken to have been received by the employee for the period of leave in accordance with the regulations.”

I turn now to the particular criteria I am required to consider in deciding the amount of compensation to be awarded to the Applicant for his unfair dismissal.

There is no evidence that the order I propose to make will have an effect on the viability of Downer.

The Applicant had been employed by Downer for just 1 year 11 months and two weeks at the point his hours were reduced and he was removed from the roster.

Remuneration the Applicant would have or would likely have received – s. 392(2)(c)

The Applicant provided payslips evidencing that he had earned an amount of $41,726.99 in the 26 week period prior to his removal from the roster and maintained that this amount should form the basis for calculation of compensation. This equates to an average of $1,604.00 per week.

Accordingly, I find that had the Applicant not been dismissed he would have earned $28,872.00 in the period between 20 August 2018 and 31 December 2018 when the current roster concluded.

Notwithstanding his difficulty in obtaining alternative employment, the Applicant rejected offers from the Respondent to work certain shifts. In my view his refusal was unreasonable and had he worked those shifts more work may have been offered. I have also had regard to the fact that the Applicant made a choice to stop seeking work and draw on his superannuation. In all of the circumstances I am not satisfied that the Applicant made reasonable attempts to mitigate his loss and I have deducted an amount of 25% from the compensation awarded to the Applicant for that failure.

The amount of any remuneration earned since dismissal – s. 392(2)(e)

The Applicant has earned no remuneration since his dismissal and no deduction is made in relation to this matter.

The amount of any income reasonably likely to be earned during the period between the making of the order for compensation and the actual compensation – s. 392(2)(f)

Given the period over which I have assessed compensation, based on my view about the likely period that the Applicant would have remained in employment, this matter is not relevant to the calculation of compensation.

I consider that the Applicant’s intransigent and at times belligerent attitude played a significant role in the situation in which he found himself. I have deducted a further amount of 25% from the award of compensation to reflect this. In making this deduction I have also had regard to the fact that the Applicant’s legal advice left much to be desired and doubtless contributed to his attitude.

The Applicant did not engage in misconduct and the conduct complained of by the Respondent has been dealt with under s. 392(2)(g).

I conclude as follows:

In all of the circumstances of this case I consider that it is appropriate that I make an Order for compensation. The Order will issue with this Decision and will require Downer to pay compensation to the Applicant in lieu of reinstatement of a gross amount of $14,436.00 to be taxed according to law. The order will require the payment to be made within 14 days of the date of this Decision.”