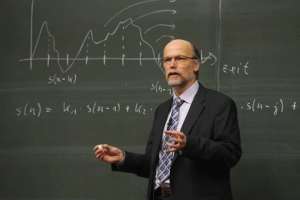 “Conclusion on harsh, unjust and unreasonable

[59] After considering and taking into account each of the matters specified in s 387 of the Act, my value judgment is that the Respondent’s dismissal of Mr Harman was harsh because it was disproportionate to the conduct in which Mr Harman engaged. The Respondent had a valid reason for Mr Harman’s dismissal, but its own conduct in failing to comply with its obligation to provide Mr Harman with payslips and calling Mr Harman a liar and a moron were the major contributing reasons why Mr Harman punched the wall. Further, the Respondent did not afford Mr Harman procedural fairness prior to his termination.

[61] Section 390(3)(b) of the Act provides the Commission may only issue an order for compensation if it is appropriate in all the circumstances. A compensation remedy is designed to compensate an unfairly dismissed employee in lieu of reinstatement for losses reasonably attributable to the unfair dismissal within the bounds of the statutory cap on compensation that is to be applied. 18

[62] Having regard to all the circumstances of the case, including the fact that Mr Harman has suffered financial loss as a result of his unfair dismissal, I consider that an order for payment of compensation to him is appropriate.

[63] It is necessary therefore for me to assess the amount of compensation that should be ordered to be paid to Mr Harman. In assessing compensation, I am required by s 392(2) of the Act to take into account all the circumstances of the case including the specific matters identified in paragraphs (a) to (g) of this subsection.

[64] I will use the established methodology for assessing compensation in unfair dismissal cases which was set out in Sprigg v Paul Licensed Festival Supermarket 19 and applied and elaborated upon in the context of the current Act by Full Benches of the Commission in a number of cases.20 The approach to calculating compensation in accordance with these authorities is as follows:

Remuneration Mr Harman would have received, or would have been likely to receive, if he had not been dismissed (s 392(2)(c))

[65] Like all calculations of damages or compensation, there is an element of speculation in determining an employee’s anticipated period of employment because the task involves an assessment of what would have been likely to happen in the future had the employee not been dismissed. 21

[66] On the one hand, Mr Harman says that he enjoyed the work he did for the Respondent and full time jobs such as the one he had with the Respondent are hard to come by. Mr Harman also says he was recently told by Mr Wild that he had skills the Respondent needed and had a “job for life”. These matters weigh in support of Mr Harman’s contention that he would have been employed by the Respondent for a significant period of time if he had not been dismissed on 1 September 2020.

[67] On the other hand, there is no doubt that Mr Harman was becoming increasingly frustrated with the Respondent in relation to issues such as the non-provision of his payslips and directions concerning COVID-19. The Respondent was also becoming increasingly frustrated with Mr Harman in relation at least to those matters. The tension between the parties to the employment relationship was such that, in my view, it was likely to come to an end, either at the initiative of the Respondent or Mr Harman, in three months’ time.

[68] I reject the Respondent’s contention that it would have summarily dismissed Mr Harman if he had not resigned or abandoned his employment when he did. This contention was not supported by evidence. Further, in my opinion no employer acting reasonably would have dismissed Mr Harman for damaging a plasterboard wall in circumstances where the employer’s unreasonable actions and comments were the principal reasons for the employee’s frustration and anger. An employer acting reasonably would have issued Mr Harman with a written warning for damaging the wall and rectified its ongoing failure to provide Mr Harman with payslips on a regular basis.

[69] In all the circumstances and weighing up the likelihood of the various possibilities, my finding is that Mr Harman would have remained employed by the Respondent for a further three months had his employment not come to an end on 1 September 2020.

[70] Mr Harman gave evidence, which I accept, that he has been fit and able to work at all times since the termination of his employment with the Respondent, save for a period of a few days at the end of September 2020 when he injured his knee on a camping trip. Mr Harman would have been required to take a couple of days off work on sick leave had he still been employed by the Respondent at this time. I accept Mr Harman’s evidence that he had enough accrued and untaken sick leave to cover such an absence.

[72] In respect of the period from 2 September 2020 until 1 December 2020, I accept Mr Harman’s evidence that he did not receive any remuneration from employment or other work; his only source of funds during that time was social security (JobSeeker) payments. Social security payments are not remuneration within the meaning of s 392(2)(e) or (f) of the Act. 22

[73] Accordingly, I find that the amount of any remuneration earned by Mr Harman from employment or other work during the period between the dismissal and the making of the order for compensation is zero (s 392(2)(e) of the Act). Because the compensation period I am looking at ended on 1 December 2020, it is not relevant to take into account the amount of any income reasonably likely to be earned by Mr Harman during the period between the making of the order for compensation and the actual compensation (s 392(2)(f) of the Act). In any event, that amount is zero in this case.

[74] Thus, my view is that $17,994.99 is the gross amount of remuneration Mr Harman would likely have earned had he not been dismissed by the Respondent and instead continued to be employed by the Respondent until 1 December 2020. This calculation is intended to put Mr Harman in the position he would have been in but for the termination of his employment. 23

[76] My view is that no adjustment will be made on this account.

[77] My view is that Mr Harman’s period of service with the Respondent (about 17 months) does not justify any adjustment to the amount of compensation.

[78] The evidence establishes that Mr Harman made efforts to obtain alternative employment following his dismissal on 1 September 2020. In particular, Mr Harman gave oral evidence, which I accept, that he has made a number of efforts to obtain alternative work in the region in which he lives, but has not obtained or undertaken any employment or other work. He is hopeful that some casual work may become available in the near future. The Respondent did not adduce any evidence to support its contention that Mr Harman has worked since the cessation of his employment with the Respondent. I do not accept that contention.

[79] In all the circumstances, my view is that Mr Harman acted reasonably to mitigate the loss suffered by him because of the dismissal and I do not consider it appropriate to reduce the compensation on this account.

[80] It is necessary to consider whether to discount the remaining amount ($17,994.99) for “contingencies”. This step is a means of taking into account the possibility that the occurrence of contingencies to which Mr Harman was subject might have brought about some change in earning capacity or earnings. 24 Positive considerations which might have resulted in advancement and increased earnings are also taken into account.

[81] The discount for contingencies should only be applied in respect to an “anticipated period of employment” that is not actually known, that is a period that is prospective to the date of the decision. 25

[82] Because I am looking in this matter at an anticipated period of employment which has already passed (2 September 2020 to 1 December 2020), there is no uncertainty about Mr Harman’s earnings, capacity or any other matters during that period of time.

[83] In all the circumstances, my view is that it is not appropriate to discount or increase the figure of $17,994.99 for contingencies.

[84] Save for the matters referred to in this decision, my view is that there are no other matters which I consider relevant to the task of determining an amount for the purposes of an order under s 392(1) of the Act.

[85] I have considered the impact of taxation, but my view is that I prefer to determine compensation as a gross amount and leave taxation for determination.

[86] Section 392(3) of the Act provides that if the Commission is satisfied that misconduct of a person contributed to the employer’s decision to dismiss the person, the Commission must reduce the amount it would otherwise order under s 392(1) of the Act by an appropriate amount on account of the misconduct.

[87] I have found that Mr Harman did engage in misconduct that constituted a valid reason for his dismissal. I am satisfied that the misconduct by Mr Harman contributed to the Respondent’s decision to dismiss him. I consider it is appropriate to reduce the amount that I would otherwise order under s 392(1) by 25% on account of Mr Harman’s misconduct. As a result, the compensation amount is reduced to $13,496.24 ($17,994.99 – 25% = $13,496.24).

Shock, distress or humiliation, or other analogous hurt (s 392(4))

[88] I note that in accordance with s 392(4) of the Act, the amount of compensation calculated does not include a component for shock, humiliation or distress.

[90] No application has been made by the Respondent for any amount of compensation awarded to be paid in the form of instalments.

[91] In my view, the application of the Sprigg formula does not, in this case, yield an amount that is clearly excessive or clearly inadequate. Accordingly, my view is that there is no basis for me to reassess the assumptions made in reaching the amount of $13,496.24. 26

[92] For the reasons I have given, my view is that a remedy of compensation in the sum of $$13,496.24 (less taxation as required by law) in favour of Mr Harman is appropriate in the circumstances of this case. An order will be made to that effect [PR727550].”