Classic definition of a redundancy 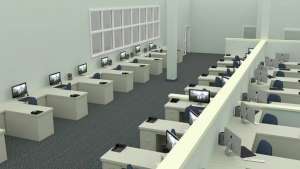 I am frequently advised by a prospective client that he or she believes that he or she has a valid unfair dismissal case on the basis of an argument to the effect that the termination of employment arose in circumstances in which the employer has miscategorized the dismissal as a genuine redundancy which the employee will not accept because the functions of the position or job continue to be performed by other employees. Thus there is a substantial misconception in the community that  a termination of employment cannot constitute a valid genuine redundancy if after the termination of employment the functions of the job remain and are being performed by others.

This is of course quite wrong as a matter of law, a point which is made very clearly in the following passage from a recent unfair dismissal case of the Fair Work Commission.

“ In Jones v Department of Energy and Minerals 10 Justice Ryan held that:

His Honour’s description was cast in terms of a “job” in the sense of a collection of functions, duties and responsibilities entrusted, as part of the scheme of the employer’s organization, to a particular employee. However, it is within the employer’s prerogative to rearrange the organizational structure by breaking up the collection of functions, duties and responsibilities attached to a single position and distributing them among the holders of other positions, including newly-created positions. It is inappropriate now to attempt an exhaustive description of the methods by which a reorganization of that kind may be achieved. One illustration of it occurs when the duties of a single, full-time, employee are redistributed to several part-time employees. What is critical for the purpose of identifying a redundancy is whether the holder of the former position has, after the re-organization, any duties left to discharge. If there is no longer any function or duty to be performed by that person, his or her position becomes redundant… 11

The relevant inquiry is whether another individual is doing the same or substantially the same job as that done by Mr Yeung.

Whilst Mr Yeung suggested that others have been employed in the period from November 2019 to March 2020 I am not satisfied, on the basis of the evidence before me, that any of these employees were engaged to perform the job Mr Yeung did prior to his dismissal.

Given these circumstances I am satisfied that the job performed by Mr Yeung was no longer required to be performed by anyone. The tasks he performed have been distributed amongst others.

Mr Yeung accepted, as do I, that the operational requirements of the business had changed. I am satisfied that this occurred as a result of the acquisition of the Respondent by the Associated Entity and its wish to integrate functions across its operations. I am satisfied that it was as a result of this changed operational needs that resulted in the restructure that then led to the redundancy of Mr Yeung.

Mr Yeung also submitted that the process by which he was selected for redundancy was not fair and the Respondent should have embarked upon a “last on – first off” approach to redundancy.

There are two things to say of Mr Yeung’s submission on this point. Firstly it is clear that the method of selection for redundancy is not intended to be a matter to consider in determining if the redundancy was genuine. The Explanatory Memorandum to the Fair Work Bill clearly states that “Whether a dismissal is a genuine redundancy does not go to the process for selecting individual employees for redundancy.” 13 This statement is unequivocal and settles the matter. In any event there is no general rule that says that “last on – first off” is how selection for redundancy should occur. It is inherently fraught with difficulties, including its potential to unlawfully discriminate.

I am therefore satisfied that the job that was performed by Mr Yeung was no longer required to be done by anyone as a result of the changed operational needs of the Respondent.”