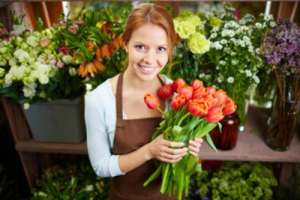 There are many cases of the Fair Work Commission which assist to clarify the law about what constitutes a casual employment relationship. Most of those cases are of course in the context of the Fair Work Act and its predecessors that is to say statute law. However it is reasonably rare for the courts to take  a look at the issue, and what follows is an analysis of the position from the perspective of a respected Federal Court judge who often sits on cases about employment law and the fair work system.

“The test to be applied when determining whether an employee is casual or permanent has attracted differing views.

One approach is to focus upon the substance of the relationship.  One characteristic of casual employment, on this approach, is the ability of an employer to offer employment on a particular day and the ability of an employee to choose to work:  Reed v Blue Line Cruises Ltd (1996) 73 IR 420 at 425 per Moore J. His Honour was there sitting in the former Industrial Relations Court. In that case, Mr Reed’s employment by Blue Line Cruises had been terminated. In determining whether Mr Reed’s employment fell within the relevant provisions of the then Industrial Relations Act 1988(Cth), Moore J concluded that that question depended upon whether he was a “casual employee” as that expression had been used in reg 30B of the Industrial Relations Regulations (Cth). In resolving that question, his Honour observed (at 424 to 425):

In Australian domestic law, the expressions “casual employee” or “casual employment” are expressions with no fixed meanings. In my view, it would be wrong in principle, to treat the character ascribed by an award to particular employment and adopted by the parties, as determining conclusively the character of the employment for the purposes of reg 30B which reflects employment described in Art 2(2) of the [Convention concerning Termination of Employment at the Initiative of the Employer].

His Honour then set out a number of dictionary definitions and continued (at 425):

[38]       … The essence of casualness is the absence of a firm advance commitment as to the duration of the employee’s employment or the days (or hours) the employee will work. But that is not inconsistent with the possibility of the employee’s work pattern turning out to be regular and systematic.

[231]     The concept of a “casual” which has emerged through historical employment practice and industrial jurisprudence and which has now long been defined and regulated in awards in this State is essentially one in which: the employee has a short term engagement; shifts are irregular and unpredictable; the employee is not obliged to accept an offer to work a particular shift; the employee’s employment technically commences at the beginning of a particular shift and ceases at the end of that shift; the employee is paid a loading as compensation for, amongst other things, annual leave and other benefits “accrued” during each shift worked; and the employee has no expectation of being rostered for another shift.

What begins as “casual employment” may, however, change over time.  Indeed, in Ledger v Stay Upright Pty Ltd [2016] FCA 659, Buchanan J commented upon the conclusion of Moore J in Reed v Blue Line Cruises as follows:

[61]       … In Reed, Moore J was influenced against a conclusion of casual employment by the apparent regularity and eventual overall period of Mr Reed’s engagement. However, his Honour stressed that he was assigning a meaning to the notion of casual employment for the purpose of the Convention concerning Termination of Employment at the Initiative of the Employer, which was a meaning different, probably, from the meaning for the purpose of award coverage.

[62] It is clear that his Honour accepted that the appropriate characterisation of the nature of employment is one which must be determined by reference to what is known at the commencement of the engagement. It must be accepted that, over time, repetition of a particular working arrangement may become so predictable and expected that, at some point, it may be possible to say that what began as discrete and separate periods of employment has become, upon the tacit understanding of the parties, a regular ongoing engagement (for an example of historical interest, see Cameron v Durning [1959] AR (NSW) 142). On the other hand, retention of the same initial arrangements (month-to-month rostering, imprecision of days and hours, timesheets recording actual hours, absences or unavailability at the discretion of the employee) may indicate that the parties have chosen to perpetuate those initial arrangements – i.e. casual engagement with an entitlement to pay arising as and when work is actually performed.

[63]       In my view, in the present case the second approach is the one which the evidence as a whole suggests. Even though the initial arrangements came to be repeated for many years, I see nothing to indicate that the parties agreed to change the specified nature of the engagement or that there was any later mutual intent that the engagement should be other than casual, as was clearly stated in each initial contract. The parties themselves have conducted the case on the basis that such a change did not occur.

Another possible approach which has been expressed, albeit in the context of considering whether a casual employee was an employee engaged as such, is to focus upon the terms of engagement.  On that approach the label attached to the employment at the outset is conclusive as to the status thereafter of the employment relationship:  Telum Civil (Qld) Pty Ltd v Construction, Forestry, Mining and Energy Union [2013] FWCFB 2434, (2013) 230 IR 30. A Full Bench of the Fair Work Commission there concluded that the specification of casual employment in federal awards had diverged from the earlier general law position. In so concluding the Full Bench said (at 36) (without alteration):

[25]       [Re Metal, Engineering and Associated Industries Award, 1998 – Part 1 (2000) 110 IR 247] demonstrates how and why the specification of casual employment in Federal awards had diverged from the (ill-defined) general law position to a position where, by the time of award modernisation process, for many, if not most, Federal awards, an employee was a casual employee if they were engaged as a casual (that is, identified as casual at the time of engagement, perhaps with a requirement of a writing) and paid a casual loading. The Full Bench recognised that this approach had led to a position where employees with regular and systematic hours on an ongoing basis could still be “casual employees” under a Federal award.

The potential divergence of views expressed was considered by White J in Fair Work Ombudsman v Devine Marine Group Pty Ltd [2014] FCA 1365. There under consideration was cl 12 of an award which referred to “[f]ull-time employment” as “[a]ny employee not specifically engaged as being a part-time or casual employee” and cl 14 which referred to an “employer when engaging a casual”.  His Honour reviewed the authorities, including Blue Line Cruises and Hamzy, and concluded as follows (adopting the construction in Telum Civil):

[144]     It is sufficient in my opinion to state that, in the present case, the former construction draws support from two considerations and should be adopted. First, the term “specifically engaged” in cl 12 indicates that the focus is on the agreement of the parties at the commencement of the employment as to the character of the employment. Secondly, the requirement in cl 14.3 for the observance of formality at the time of engagement of a casual employee suggests that the word “engaged” is directed to the agreement made between the parties rather than to the manner and circumstances in which the employee does in fact carry out his or her work.

[145]     In my opinion, neither Mr James nor Mr Kouka can be regarded as casual employees on this understanding of the definition in cl 14.1. Nothing was said to them at the time of their engagement about being casuals. It cannot be concluded therefore that they were “engaged” as casuals. They gave no evidence that they had, subjectively, regarded themselves as casuals. Further, and in any event, they were not paid as casuals.

[146]     The better characterisation of their employment is that of full-time employees working pursuant to a contract with a fixed term. Accordingly, this claimed contravention of the Award fails.

Subsequent to his decision in Devine Marine Group, White J had a further occasion to consider whether an employee was a “casual” employee in Fair Work Ombudsman v South Jin Pty Ltd [2015] FCA 1456. Contraventions of the Workplace Relations Act 1996 (Cth) and the Fair Work Act were there alleged.  One part of the case turned on whether employees were casual employees with the consequence that they were entitled to the casual loading then prescribed.  In that context, his Honour observed:

[66]       Although casual employment is common, its precise definition has proved elusive. In its original conception, casual employees were those whose work was intermittent or irregular (Doyle v Sydney Steel Co Ltd (1936) 56 CLR 545 at 555) so that the employees did not know when completing one period of work if, or when, they would be employed again. Casual employees were generally thought to be engaged under a series of separate and distinct contracts with each contract terminating on the completion of the task or period for which they were engaged. Being generally paid by the hour, their employment could be terminated on an hour’s notice.

His Honour then proceeded to refer to (inter alia) Reed v Blue Line Cruises and Hamzy and continued:

[71]       In addition to these features of casual employment, the authorities indicate that the characterisation of a worker’s employment as casual, or otherwise, is essentially a question of fact in which no single criterion is likely to be decisive. Instead, regard must be had to a number of matters, including the way in which the parties themselves regarded their relationship, any commitment by the employer or the worker to ongoing employment, the regularity or otherwise of the worker’s hours or days of work, how the worker was notified of each period of work, the payment of an hourly rate for the hours actually worked, any indication that the hourly rate was intended to encompass leave entitlements, the absence of payment of the benefits associated with employment of an indefinite nature such as paid annual leave, sick leave and public holidays, and whether the employer and worker were able to refuse to offer or accept, as the case may be, further work.

Reference was then made to the terms of the award there in question.  In the end, it was concluded that some employees were casual employees and some were full-time employees.  No reference was made by his Honour to his earlier decision in Devine Marine – presumably upon the basis that that decision was not apposite to the different question required to be answered in South Jin.

It was submitted on behalf of the Applicant in the present case that Devine Marine should not be followed for any of three reasons, namely:

It is, with respect, not self-evident that there is such a stark divergence of principle in the authorities as was suggested in submissions.  Each of the authorities is readily explicable by reference to the issues sought to be resolved and (in particular) whether the issue to be resolved focused upon the basis upon which the employee was initially engaged.

But it is unnecessary to resolve the extent to which there is any divergence in the approaches pursued by these decisions.  On the facts of the present case, it is concluded that Mr Tomvald: