Casual employees; what is regular and systematic? 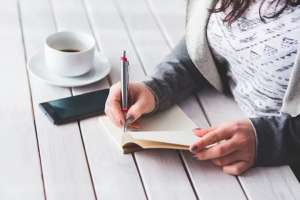 Here is an excellent summary of the legal principles which apply when determining whether employment is regular and systematic for the purposes of the Fair Work Act.

‘[11] It is apparent on the face of the decision that the Deputy President’s determination as to whether Ms Chandler’s casual employment was regular and systematic was attended by a significant error of principle. In her application of s 384(2)(a) to the facts of the case, the Deputy President proceeded on the basis that it was necessary to identify a consistent pattern of engagement in the number of days worked each week, the days of the week worked and the duration of each shift in order to be able to conclude that the employment was regular and systematic. We do not consider this to be the correct approach. In Yaraka Holdings Pty Ltd v Giljevic, the Court of Appeal of the ACT gave consideration to the proper construction of s 11 of the Workers Compensation Act 1951 (ACT), which for relevant purposes deemed as workers for the purpose of that Act casual workers if their “engagement, under the contract or similar contracts, has been on a regular and systematic basis” taking into account a range of matters including the contractual terms, the working relationship and all associated circumstances, the period or periods of engagement, the frequency of work, the number of hours worked, the type of work, and the normal arrangements for someone engaged to perform that type of work. Crispin P and Gray J observed that the concept of employment on a regular and systematic basis was drawn from the Workplace Relations Act 1996, and went on to say (emphasis added):

[67] Connolly J was right to conclude that the absence of any contractual requirements for the respondent to work at set times or of any assumption that he be present on a daily weekly or monthly basis unless told otherwise did not preclude a finding that his engagements had been regular and systematic.

[68] The term “regular” should be construed liberally. It may be accepted, as the Magistrate did, that it is intended to imply some form of repetitive pattern rather than being used as a synonym for “frequent” or “often”. However, equally, it is not used in the section as a synonym for words such as “uniform” or “constant”. Considered in the light of the criteria in s11 (3)(a)-(g), we are satisfied that the pattern of engagement over the years from 1995 to 2002 satisfied this description.

[69] Mr Rares argued that the course of engagement over these years had not been shown to have been systematic because it had not been predictable that the respondent would be engaged to work at particular times, on particular jobs or at particular sites. Again, that is not the test. The concept of engagement on a systematic basis does not require the worker to be able to foresee or predict when his or her services may be required. It is sufficient that the pattern of engagement occurs as a consequence of an ongoing reliance upon the worker’s services as an incident of the business by which he or she is engaged.”

“[89] … a ‘regular … basis’ may be constituted by frequent though unpredictable engagements and that a ‘systematic basis’ need not involve either predictability of engagements or any assurance of work at all.

[90] The respondent’s work for the appellant was certainly frequent enough to be termed ‘regular’ within an acceptable understanding of that term, which may, even in ordinary speech, be used to denote ‘frequent’.

[91] Engagement under contracts on a ‘systematic basis’ implies something more than regularity in the sense just mentioned, that is, frequency. The basis of engagement must exhibit something that can fairly be called a system, method or plan (cf the definition of ‘systematic’ in the Macquarie Dictionary, revised 3rd edn, 2001).”

[13] The reasoning in Yaraka Holdings has been applied to the concept of casual employment on a regular and systematic basis in the FW Act. In WorkPac Pty Ltd v Skene, the Federal Court Full Court favoured (without needing to finally adopt) the view that the construction in Yaraka Holdings should be applied to the definition of “long term casual employee” in s 12 of the FW Act (which includes a requirement that the employee has been employed “on a regular and systematic basis for a sequence of periods of employment during a period of at least 12 months”). The Commission in its own decisions has consistently applied Yaraka Holdings to s 284(2)(a), including in the Full Bench decisions in Pang Enterprises Pty Ltd ATF Pang Family Trust v Sawtell and Bronze Hospitality Pty Ltd v Janell Hansson as well as in numerous first instance decisions.’ (footnotes omitted)

[26] There is no dispute that the applicant worked a minimum of 2 shifts and up to 6 shifts in every week she was in Darwin, from 6 December 2018 – 17 June 2019 uninterrupted, save for 3 weeks when she was on approved absence (leave). In my view, this pattern of employment fits comfortably within the definition of casual employment on a regular and systematic basis, in accordance with the authorities and the policy intention of the statutory provisions.

[27] The submission that the applicant’s ‘break’ to take a holiday in March/April 2019 demonstrates that her employment was not regular or systematic, cannot be accepted. Such a submission is contrary to continuing employment as described in the authorities above. Further, I would add that such an argument is absurd. To accept it would mean that any casual who took any holiday at all, or any break for personal reasons, would forfeit their unfair dismissal rights. This does not make sense, and could not possibly have been the intention of the legislature. In any event, the ‘break’ was only 18 days – hardly an indicator that the applicant was ‘done’ with her casual employment. Accordingly, the first leg of the respondent’s objection is dismissed.

[28] In respect to whether the applicant had a reasonable expectation of continuing employment, the respondent claimed that as the applicant did not expressly say she had such an expectation, then there was no evidence that this was her view. This was a rather flimsy ‘life raft’ for the respondent to cling to in support of its objection.

[29] Firstly, an applicant, particularly one who was unrepresented, could hardly be expected to recite the express language of the statute to demonstrate he/she had a reasonable expectation of continuing employment. In my view, a reasonable expectation of continuing employment, might be readily discerned from other evidence, including the conduct of both parties. Secondly, the fact the work is seasonal and that guest occupancy is higher in the dry season (May to September), does not advance the objector’s case very far. The applicant had already worked during the 2019 busiest period. She would have had no reason at the time, to believe that a similar pattern of employment and rosters would apply in the next year’s busy period (although COVID-19 might now make that prospect less likely, which obviously could not possibly have been known in late November 2019).

[31] Fourthly, the intention of both parties was apparent when in the 29 November 2019 meeting, there was discussion about the redundancy of the applicant’s full time role, including by reversion to a casual bar role. Notwithstanding the applicant did not accept that casual role, the mere fact it was offered is evidence that ongoing, regular and systematic employment was available, and she was told so by the objector. Given these circumstances, it was understandable for the applicant to have held a reasonable expectation of ongoing casual engagements. Accordingly, the second leg of s 384(2) of the Act is satisfied.

[32] For the above reasons, I dismiss the respondent’s jurisdictional objection to this application, and therefore the matter will proceed to consideration of its merits. I find that the applicant’s period of service met the minimum employment period as required by s 383(a) of the Act, being in excess of 6 months. ……….”