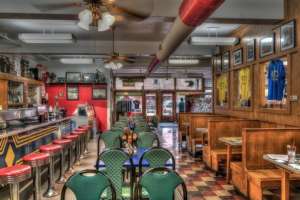 There is a substantial distinction in Australia between the common law concept of a casual employee and the test under the Fair Work Act, at least so far as unfair dismissal is concerned. The legal position is not so clear so far as awards and enterprise agreements are concerned.

“Given that Ms Mercuri was working on a regular and systematic basis, I do not consider that her status as a casual employee at the time of being removed from the roster to be prohibitive to a conclusion that she was dismissed. As a Full Bench of the Commission said in Shortland v The Smiths Snackfood Co Ltd: 21

“[11] The criteria in s.384(2)(a) make it clear that s.384 does not proceed on the basis that a casual employee’s period of employment for the purposes of the unfair dismissal remedy starts and ends with each engagement as understood in the common law of employment.”

Whilst each case turns on its own facts, the common law position (that each occasion a casual employee works is viewed as a separate engagement and no casual employee has a continuous period of employment beyond any single engagement) is qualified to the extent that the FW Act, by virtue of section 384, expressly contemplates that a casual employee who has met the eligibility criteria of that section is capable of being protected from unfair dismissal under Part 3-2 of the FW Act if all other statutory criteria are met. If so, the employee’s claim must be assessed on its merits. If it were the case that a casual employee meeting the statutory eligibility criteria could not be so dismissed within the meaning of Part 3-2 beyond the last hour of the last shift they worked then the purpose of section 384 in its statutory context would be otiose. 22 This is clearly not the parliamentary intention.’