Casual employees defined; paid leave for many next? 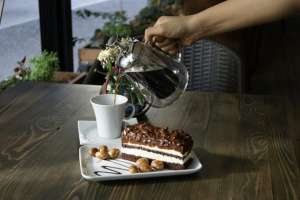 In a decision which has been widely and predictably criticized by those who advocate for employees’ rights in employment law (and conversely by their opposites of course) a Full Federal Court has again stated the current state of the law which defines who is a casual employee in the fair work system and thus entitled to NES casual employee entitlements such as loadings in lieu of NES standards such as annual leave and job security. Here is a summary of the court’s reasoning  the inevitable conclusion of which is that certain casual might potentially be eligible to seek paid leave.

“THE MEANING OF CASUAL EMPLOYEE

WorkPac asserted that the Federal Circuit Court had erred in failing to find that Mr Skene was a “casual employee” for the purposes of s 86 of the FW Act and that he was therefore excluded from any entitlement to paid annual leave under Div 6. WorkPac contested the holding of the primary judge that, the expression “casual employee” in s 86 of the FW Act was intended to have its general law meaning (that is, the usual meaning or connotation given to the phrase by the authorities), and contended that the expression had a non-legal technical meaning uniformly used in a specialised sense in federal awards and industrial agreements. The specialised meaning contended for by WorkPac in Skene was that “casual employee” under s 86 of the FW Act meant an employee designated as such by the industrial instrument which covered the employee (see at [70]).

The Full Court in Skene rejected WorkPac’s appeal for a range of reasons. Relevantly, the Full Court was not persuaded that the phrase “casual employee” in s 86 of the FW Act was intended to be used in the specialised non-legal sense for which WorkPac contended. The Full Court held that “casual employee” was an expression that had acquired a general law meaning and that the legislature had used that phrase in s 86 with that intended meaning as adjusted by any indications to be drawn from the FW Act itself (see at [154] and [155]).

The Full Court extensively considered the authorities which had given expression to the meaning of the phrase “casual employee”. It observed at [170] that the expression “casual employee” describes a type of employment that, at least in part, takes its meaning from other recognised types of employment. It was noted (at [170]) that extensive reference is made in the FW Act to two other types of employment – full-time and part-time employment. As the Full Court observed (at [171]) both on-going full-time and part‑time employments are, subject to rights of termination of the employment, characterised by a commitment given by the employer to provide the employee with continuous and indefinite employment according to an agreed pattern of ordinary hours of work, with a corresponding commitment given by the employee to continue to provide work according to the agreed pattern. As the Full Court said (at [172]), in contrast with on-going full-time or part-time employees, a casual employee “has no firm advance commitment from the employer to continuing and indefinite work according to an agreed pattern of work” and nor does a casual employee provide a reciprocal commitment to the employer. That characteristic (the firm advance commitment), which the Full Court regarded as typifying casual employment and distinguishing it from on‑going or indefinite full‑time or part-time employment, was regarded as consistent with what the Full Court in Hamzy v Tricon International Restaurants (2001) 115 FCR 78 had described as the “essence of casualness”. The Full Court in Skene (at [173]) further observed that the “indicia of casual employment referred to in the authorities – irregular work patterns, uncertainty, discontinuity, intermittency of work and unpredictability – are the usual manifestations of an absence of a firm advance commitment”.

As those observations from Skene demonstrate, the Full Court spoke of an absence of a firm advance commitment as capturing the “essence” of casualness and as that which “typifies casual employment”.  The submissions of the parties tended to treat the absence of a firm advance commitment as the defining characteristic of all casual employments whereas, in my view, the Full Court in Skene was not addressing all employments but rather the most common form – employment for the time-based (as opposed to task-based) performance of work.  However, nothing turns on that observation.  Mr Rossato’s contracts of employment with WorkPac were all of that common form.”